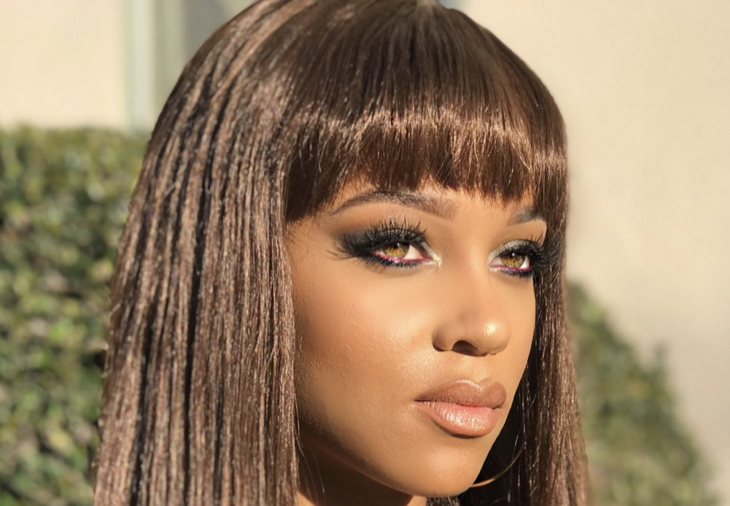 Fans haven’t seen much of Reign Edwards on The Bold and the Beautiful, but that doesn’t mean she’s disappeared completely. In fact, new reports say that the actress has just landed a role in a new exciting project.

According to reports, Reign will be starring in a film called Hell Fest as a young woman named Brooke. Apparently, she brings some of her friends to an amusement park where things quickly take a turn for the worst. While Brooke and her fans are going through one ordeal after another, she and the rest of the attendees feel that the mayhem they are witnessing is all part of the festival they are attending. Little do they know that the terror is actually real.

Are you ready for the ultimate terrifying ride? #HellFestMovie trailer debuts TOMORROW! pic.twitter.com/iRERjWwwcp

The film also stars Amy Forsyth as Natalie and Bex Taylor-Klaus as Taylor. Additionally, Christian James plays Quinn; Roby Attal as Gavin; and Matt Mercurio as Asher. In other words, Reign is in good company!

Congratulations on Reign’s exciting new role. It’s without a doubt that her fans can’t wait to see more of her in the future, both on and off screen. So far producers for The Bold and The Beautiful haven’t made any comments as to when we can expect to see Reign on the canvas again, but her fans are hoping that it will be sooner rather than later.

Fun going in. Hell getting out. #HellFestMovie in theaters September 28. pic.twitter.com/IRt1EaV5cP

In the meantime, don’t forget that The Bold and the Beautiful airs weekdays on the CBS network. Check your local listings for times. In the meantime, let us know what you think by leaving us a line with your thoughts in our comments section below. And as always, don’t forget to check back with Soap Opera Spy for all the latest news and updates on The Bold and the Beautiful and all of your favorite daytime television shows right here.

The Young and The Restless RUMORS: Devon Learns Lily Caused Accident – Will He Get Justice For Hilary & The Baby