The Bold and the Beautiful Spoilers: The Identity Of Steffy’s Baby Daddy Still Up In The Air – Did Bill Change Paternity Results? 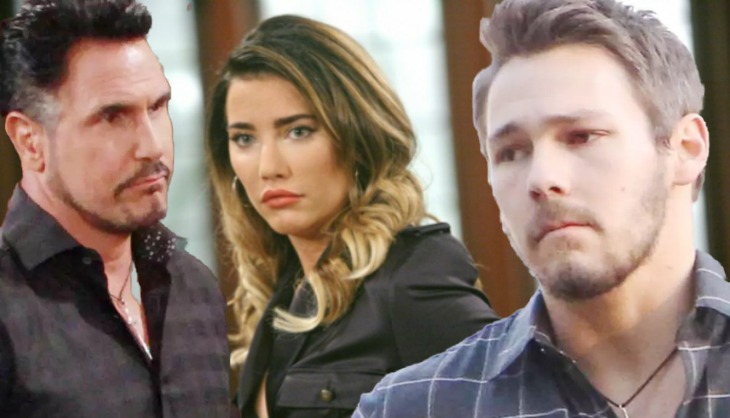 The Bold and the Beautiful spoilers indicate there’s a very good chance that we still don’t know who the real father is of Steffy’s (Jacqueline MacInnes Wood) unborn child. After all, she slept both with her husband Liam (Scott Clifton) and her father-in-law Bill Spencer (Don Diamont) during the same time. And because Bill and Liam are so closely related, the results of the paternity test might be wrong.

As Steffy’s due date approaches, everyone is on pins and needles, hoping for a smooth and eventless delivery. And while no one knows where this storyline is heading right now, anything can still happen at anytime. Bill might have intervened so that the DNA results indicated that Liam was the real father. Of course, the truth will come out sooner rather than later.

According to CBS Soaps in Depth, Don, who plays Bill on the hit soap show, put it this way, “Steffy was so devastated at the time, I remember Bill telling Justin (Aaron D. Spears) that he was going to put his desires aside for Steffy and Liam’s sake.”

But at the same time, he wouldn’t mind seeing Steffy give birth to Bill’s child, even if it does end up turning her world up side down. After all, Steffy is still holding on to the hope that Liam will forgive her and that they could eventually work on repairing their marriage once again.

Don added, ‘It would certainly create a lot of drama. A Bill and Steffy child would be one badass kid!”

Days of Our Lives Spoilers: Ben Is Back In Salem With Plenty Of Drama!

The Young and the Restless Weekly Spoilers May 28 to June 1: Victor Up To His Old Tricks – Hilary Pregnant – Nikki Jealous