The Bold and the Beautiful Rumors: A Bill and Katie Reunion? 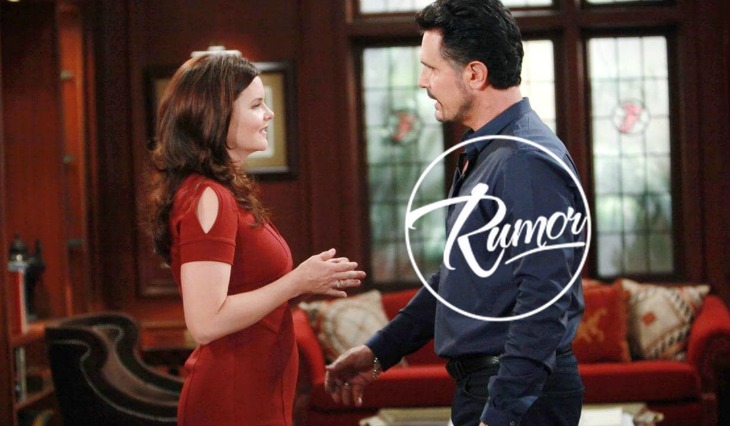 The Bold and the Beautiful rumors indicate there’s a reunion coming between Bill (Don Diamont) and his ex-wife Katie (Heather Tom).

Upcoming previews for the show reveal that Bill isn’t going to be too pleased with Katie’s new relationship with Thorne (Ingo Rademacher). Bill’s disapproval is going to lead to arguments with Katie, and as any soap fan knows usually a romance follows afterwards.

Bill and Katie were one of B&B’s most-talked about couples in recent years. Fans loved the dynamic of good girl Katie taming the bad stallion of Bill Spencer and the two settling down into married life. However, things were always perfect with the couple. Billy often times strayed, his biggest betrayal came when he had an affair with Katie’s sister Brooke (Katherine Kelly Lang).

RT if you’re a #Batie fan! If not, who would you like to see each of them with? #BoldandBeautiful pic.twitter.com/Rp6jw27UlW

Despite attempts to save their marriage, the couple eventually divorced. Katie had a brief fling with her stepson Wyatt (Darin Brooks), then she moved on with Thorne. As for Bill, he had a one-night stand with Steffy (Jacqueline MacInnes Wood), which resulted in an estrangement with his son Liam (Scott Clifton).

After many failed attempts to start a life with Steffy, Bill gave up on his plans. But now he may have another shot at love with Katie.

LOVE B&B? SUBSCRIBE TO OUR THE BOLD AND THE BEAUTIFUL NEWSLETTER, HERE!
The two share a son together, and no matter what happens; they’re still going to be connected by Will. So could the little tyke be the one to bring his parents back together?

The source of the couple’s latest contention is centered around custody of their son. We know Bill likes to play dirty, so he could use this as an opportunity to break up Katie and Thorne, then swoop in to win her back.

While Batie fans are happy at the possibility of a reunion with the couple, other fans are wondering what’s going to happen to Thorne.

B&B fans will have to tune in to see what’s to come for Bill and Katie.

Does General Hospital Ava Deserve All This Fan Sympathy?