The Bold And The Beautiful RUMOR: Courtney Hope Headed To A Different Soap? 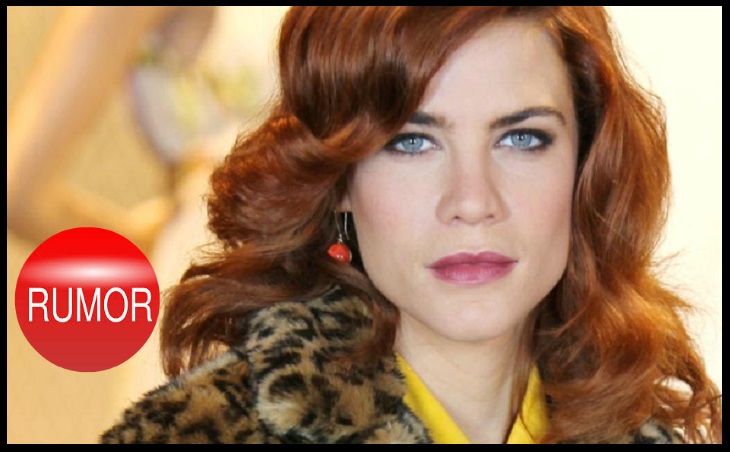 The Bold and the Beautiful spoilers and rumors have been hinting for weeks now that Sally Spectra was leaving the CBS soap opera.  Sadly, Sally’s portrayer Courtney Hope has confirmed the news of her exit, and the red-headed beauty is on her way out.

When Sally Spectra arrived on The Bold and the Beautiful, fans were thrilled by the revival of the Spectra Family and Courtney Hope was nailing the part.  It was her first soap opera gig, and it was as if the talented actress had found her calling.  To say that B&B made a mistake letting her go would be an understatement.

Now, the internet is already buzzing with rumors that another soap opera will scoop up Courtney Hope.  And, we aren’t entirely surprised, they would have to be a fool not to.  Plus, she already has ties to another popular daytime drama!

Courtney Hope has been dating General Hospital star and fan favorite Chad Duell for over a year now.  The couple are constantly sharing adorable snapshots with each other on their social media accounts, and fans of both General Hospital and The Bold and the Beautiful rally behind the couple.

Could Chad Duell get Courtney Hope in contact with TPTB at General Hospital now that she is off contract at B&B?  How fun would it be to see the real life couple sharing scenes together on GH?  If Courtney wants to join General Hospital, surely her boyfriend can get her a meeting.

Another popular rumor floating around indicates that Hope may be in talks to join The Young and the Restless.  That also is not far fetched considering how closely the two soap operas work together at CBS.

What do you think?  What soap would you like to see Courtney join?  Let us know in the comments below!

General Hospital Spoilers: Time’s Up For Franco And Drew!