The Bold And The Beautiful RUMOR: Brooke Still Has Feelings For Bill Spencer? 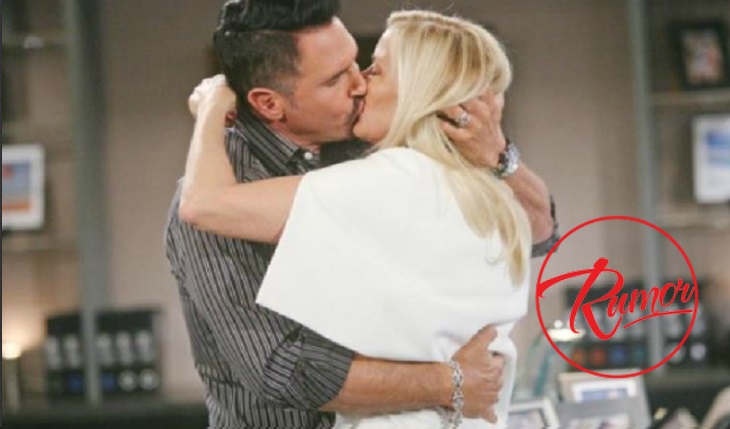 The Bold and the Beautiful spoilers indicate that the upcoming custody battle could cause former lovers Bill (Don Diamont) and Brooke (Katherine Kelly Lang) reunite.

Bill is gearing up for a battle in the courtroom with his ex-wife Katie (Heather Tom), who wants full custody of their son. While Katie has the support of her current boyfriend Thorne (Ingo Rademacher) along with the rest of the Forrester family, Bill has gained support from an unlikely ally, his ex-wife and Katie’s sister Brooke.

Brooke has voiced her opinion about how important it is for Will to have both his parents in his life. Her support of Bill has raised eyebrows from her husband Ridge (Thorsten Kaye), who is Team Katie. With the custody battle lingering, tensions are going to be brewing for everyone involved and it could lead to the end of a few relationships.

Brooke and Bill or Brill as they’re known by fans are one of B&B’s most controversial couples in recent years. While some fans love them and consider them the show’s hottest couples, others were against the pairing due to Brooke’s history and the fact Bill was her brother-in-law. Yet, that didn’t stop the couple from carrying on a relationship and eventually marrying. But their marriage was short-lived and Brooke reunited with Ridge, while Bill had an affair with Steffy (Jacqueline MacInnes Wood), Ridge’s daughter.

While B&B fans are anxious to find out who gets custody of Will, most of them will be wondering if Brooke and Bill will get back together. All signs are pointing to a Brill reunion, and if that happens there’s going to be more tension with the Spencer and Forrester families.

The Young And The Restless RUMOR: Rey’s Secret Partner Revealed?