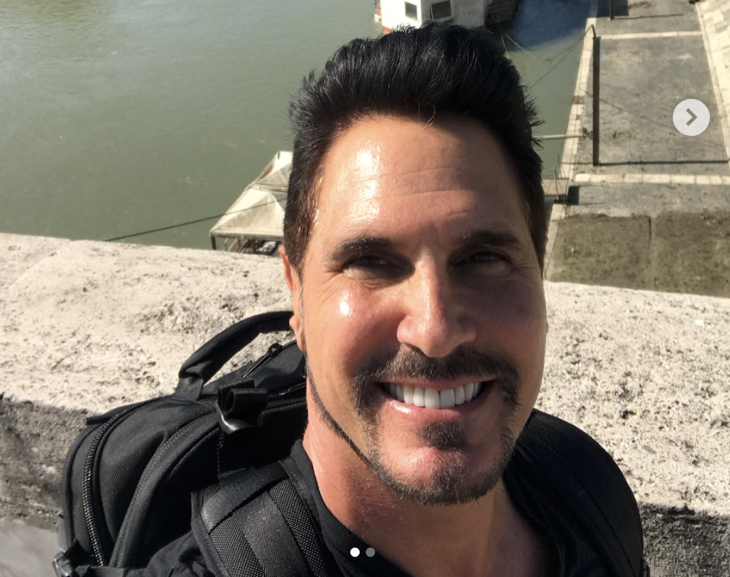 The Bold and the Beautiful Star Don Diamont Shares Fun World Cup Clip If there is one daytime television star who has World Cup fever this summer, it’s definitely Don Diamont. The actor, who plays Dollar Bill Spencer on the hit CBS show The Bold and the Beautiful, recently shared a fun video of himself watching the World Cup on his Instagram account. Not only does he get super excited when his favorite team scores, but he also gets into a little “footie” action himself around his house.

The handsome actor can’t help but show off his own soccer skills in and around his house and at one point even practices a “header” on his refrigerator. Don can’t help but scream “goal” each and every time he does something, including kissing his wife Cindy Ambuehl good-bye. Unfortunately, she looked less than pleased with her husband’s enthusiasm.

His fans though have been certainly entertained with the clip, as they have been posting plenty of comments such as, “This is so funny Don,” and “you’re hilarious” on his Instagram account. Now, as far as who Don is rooting for, the actor hasn’t made any comments. Although it’s without a doubt that if he does have a favorite team, it would be Italy. Don spent a lot of time in Rome while participating in the Italian version of Dancing With The Stars earlier this year. Unfortunately, Italy failed to qualify for the World Cup this year.

Sono tornato a Roma e @ballandoconlestelle ieri, dopo aver girato Beautiful a Los Angeles. Non ho molto tempo per @hanna_karttunen e me per provare ma ce la stiamo sfruttando al massimo! Grazie Hanna! A tutti e miei fan italiani che ci hanno supportato, grazie per l’amore! Ecco un piccolo pezzo della nostra prova teatrale per te.❤️, Don🕺 Returned to Rome, and @ballandoconlestelle yesterday. after shooting @boldandbeautifulcbs in Los Angeles. Not a lot of time for @hanna_karttunen, and me to rehearse, but we’re making the most of it! Thank you Hanna! To all my Italian fans, and fans all over the world who have supported us, thanks for the love! Here’s a little piece of our stage rehearsal for you.❤️, Don🕺 #ballandoconlestelle #boldandbeautiful #dancing