The Bold And The Beautiful Spoilers (B&B): Bill Finds Out About Katie And Wyatt, And He isn’t Happy About It! 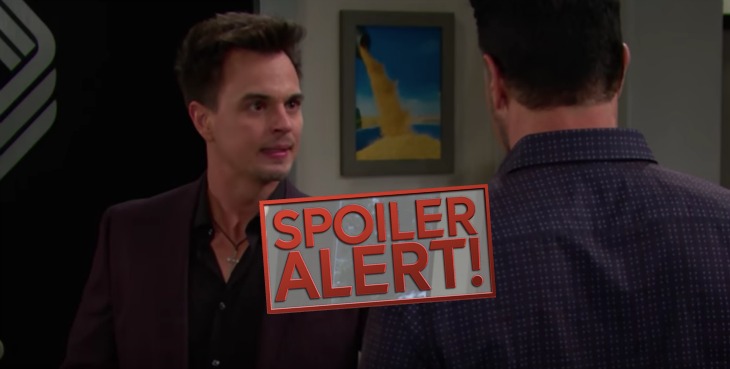 The Bold and the Beautiful (B&B) spoilers tease that Bill Spencer (Don Diamont) will learn a shocker about his son Wyatt Fuller (Darin Brooks) and Katie Logan (Heather Tom) during the week of February 26. As the B&B fans predicted, the fallout will be explosive, and it could change Bill and Wyatt’s relationship forever.

It may look like Thorne (Ingo Rademacher), and Katie is becoming the next big couple, but later in the week, their couple status will come to a screeching halt. They may have chemistry, but Katie isn’t ready to let Wyatt go yet.  Katie may say she is over him, but the Bold and the Beautiful fans know that she is in love with him.

At some point this week, Katie and Wyatt will make up, and they will decide they want to be together. Wyatt ended the relationship for fear that his father would disapprove of him seeing his ex-wife. Wyatt will determine that his father’s opinion doesn’t matter to him and he will profess his love to Katie. They will decide to continue their relationship and brave the storm together if (when) Bill finds out about their relationship.

Bill Finds Out And Flips Out

The Bold and the Beautiful spoilers state that Bill will find out about Wyatt and Katie during the week of February 26.  It’s probably a gross understatement to say that Bill will not be happy to learn his son is sleeping with his ex-wife.  It’s a complicated situation, and it will only add to Bill’s stress.

LOVE THE BOLD AND THE BEAUTIFUL? SIGN UP FOR OUR EXCLUSIVE NEWSLETTER!

Bill will face-off against Wyatt over Katie. The B&B spoilers suggest the blow up will get nasty between them.  Do you think Bill will try to break Wyatt and Katie up?   Keep watching The Bold and the Beautiful airing weekdays on CBS. Don’t forget to come back to Soap Opera Spy for more B&B news, spoilers, and casting updates!

The Young And The Restless (Y&R) Spoilers: Chelsea Exit Sparks The Question – What Will Happen To Connor And Christian?