General Hospital POLL: Nelle Jealous Of Francesca – Should She Be Afraid Of Crazy Nelle? 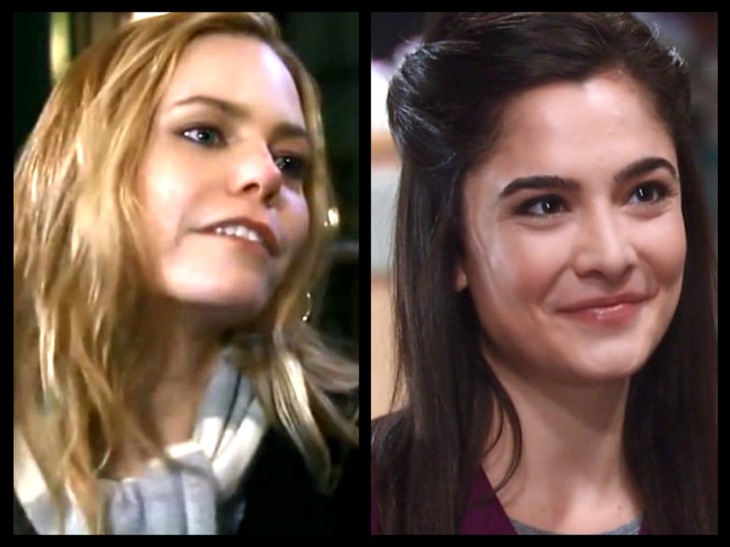 General Hospital Nelle Benson (Chole Lanier) came to Port Charles with one thing on her mind; to destroy her stepsister Carly Corinthos (Laura Wright). General Hospital fans are fond of comparing the two women; even calling Nelle Carly’s ‘mini-me’. It is true Carly came to Port Charles to destroy her mother General Hospital Bobbie Spencer (Jacklyn Zeman) however, the glaring difference between the two women is that Nelle seems mentally unstable in her determination to keep Michael Corinthos (Chad Duell) in her life and to remove Carly from the picture.

Nelle observed Michael at Kelly’s having a playful conversation with General Hospital’s new nurse Francesca (Celesta DeAstis). From the way Nelle looked at the couple, one might assume a fatal attraction maybe coming soon. Has Nelle become too territorial and does she represent a danger to Francesca?

Since being invited to live in the Quartermaine mansion by General Hospital Monica Quartermaine (Leslie Charleson), Nelle has become even more obsessed with getting Michael back. Does she have a plan to do this by any means necessary? She eavesdropped on Michael and the cute little nurse, then interrupted them by quickly letting the young lady know that Michael was already taken. Nelle just happened to mention their childbirth class and before she left, she reminded Michael that she would see him at home later. This was enough to make Francesca think twice about starting a relationship that involved complications.

Some General Hospital fans feel that Nelle is not done with Francesca and may eventually hatch a plot to make sure she stays away from Michael. We know Nelle is capable of devious behavior; one can point to her plans to rid the world of Carly, so she can have Michael all to herself. Now that Francesca is in the picture, Nelle may not hesitate to add one more person to her list for elimination. Should Francesca be afraid for her life? Could this be a fatal attraction? You decide and please vote in our Soap Opera Spy Poll.

As always, more detailed spoilers and a full collection of pictures for the week in question will appear here on Soap Opera Spy on Sunday, March 18, when there will be more clues and hints over exactly what’s going on.

‘The Young and the Restless’ Spoilers: JT Erupts In Murderous Rage, Shoves Victor Down Stairs, Will He Survive Fall?