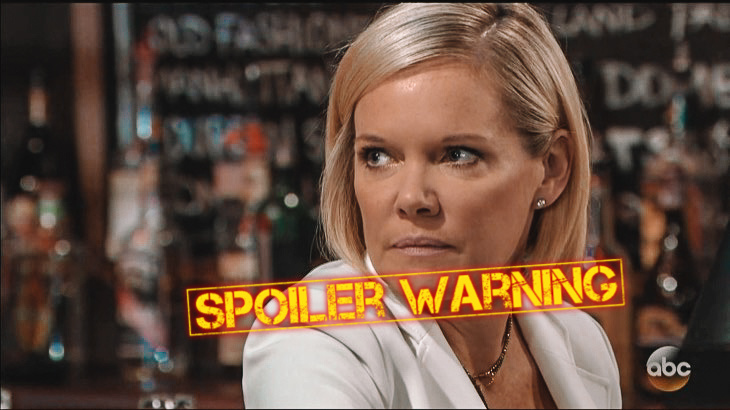 General Hospital (GH) spoilers for the week of Monday, October 22, 2018 through Friday, October 26, 2018 tease that we will have a week filled with shockers, secrets, and let’s not forget plenty of drama. We have a very exciting week heading our way and you will not want to miss a moment of the action!

This week, Oscar Nero (Garren Stitt) will seek emancipation from Kim Nero (Tamara Braun). Kim and Drew Cain (Billy Miller) will get the shock of their lives when they learn that Oscar is suing them. They will also be taken aback and feel betrayed that Alexis Davis (Nancy Lee Grahn) has agreed to help Oscar with his lawsuit. Kim and Drew will seek legal action of their own when they are unable to change Oscar’s mind. Do you think Alexis should have got involved?

Meanwhile, Carly Corinthos (Laura Wright) has been keeping it a secret that she has been having nightmares every since she returned home from Ferncliff. Carly will turn to Stella Henry (Vernee Watson) and open up to her about what she has been experiencing. Carly will also be determined to set right the wrongs done against her. Do you think Carly will try to get revenge on the nurse that gave her hell?

I LOVE when #GH tries different and exciting new things with their writing, you know, like someone new dragging Ava. #TeamAva pic.twitter.com/WRmKd37C8w

Elsewhere, Ava Jerome (Maura West) will find a beautiful new weapon – one she will not hesitate to use against Kiki Jerome (Hayley Erin) and Griffin Munro (Matt Cohen). Griffin wants Ava to heal and not seek vengeance. He sees Ava backsliding and it makes him angry that she would go back to her evil ways. Ava is in pain and wants Griffin and Kiki to feel pain too. How far do you think she will go?

Meanwhile, For The Other Residents Of Port Charles

For the other residents of Port Charles, Alexis Davis will try to help Kristina Davis (Lexi Ainsworth) and so will Jason Morgan (Steve Burton). While at Ferncliff, Kevin Collins (Jon Lindstrom) has a glimmer of hope. Josslyn Jacks (Eden McCoy) will set a plan into motion. Drew Cain will confide in Elizabeth Webber (Rebecca Herbst). Oscar Nero confronts Cameron Spencer (William Lipton). Kim Nero will pay Sam McCall (Kelly Monaco) a visit. As you can see we have a very eventful week coming up, so make sure to stay tuned to ABC’s General Hospital.

The Young and the Restless Spoilers: Dina’s New Secret Is A Game-changer