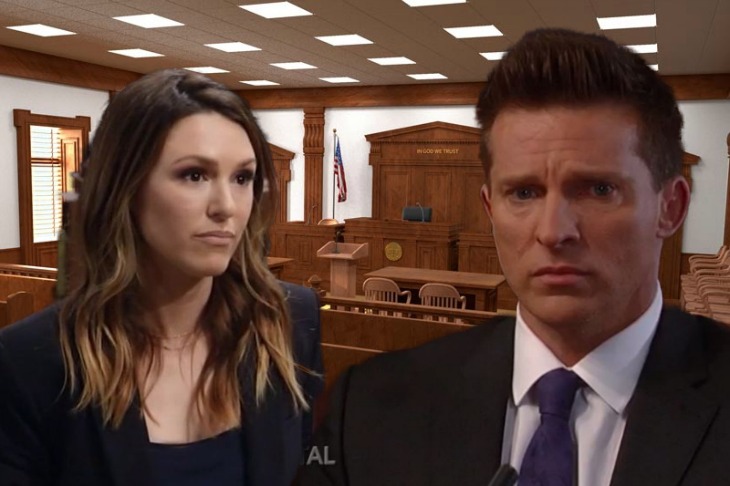 General Hospital (GH) spoilers for the week of Monday, August 6 through Friday, August 10, 2018 tease that we will have a week filled with plans put into motion, a trial begins, and let’s not forget plenty of drama. We have a very exciting week heading our way and you will not want to miss a moment of the action!

Ava Tries To Distance Herself From Nelle

This week, Ava Jerome (Maura West) will put a plan into motion to help her put some distance between her and Nelle Benson (Chloe Lanier) and it will help Carly Corinthos (Laura Wright) in the process. She will turn to her brother Julian Jerome (William DeVry) for some advice about the baby blanket she has been holding onto for leverage. Ava will decide to get Julian to help her make the blanket reappear so that everyone will know Carly has been telling the truth all along. Do you think Ava’s plan will go off without a hitch?

SNEAK PEEK: But will Julian help her get rid of it? https://t.co/S2e1gPvYVd #GH55

Meanwhile, Kiki Jerome’s (Hayley Erin) case against Dr. Bensch (James DePaiva) proceeds to trial. Scott Baldwin (Kin Shriner) will advise his client to settle and Dr. Bensch will be surprised of him asking to do so. As we all know Scott is really trying to help Kiki out, but his case will become more difficult for him than expected.

Scott Reveals To Franco Kiki and Griffin Slept Together

Scott will let Franco Baldwin (Roger Howarth) in on the fact that Kiki slept with Dr. Griffin Munro (Matt Cohen) and wants him to warn Alexis Davis (Nancy Lee Grahn) about it because he knows it could hurt Kiki’s case if brought up in court. Scott wants to make sure that Alexis does not inadvertently ask Kiki or Griffin a question under oath that could out their indiscretion. Do you GH fans think Kiki will win this case? Do you think Dr. Bensch will try something to hurt the case?

Drew Evesdrops on Margaux and Jason

For the other residents of Port Charles, Sonny Corinthos (Maurice Benard) will try his best to make things easier for his father, Mike Corbin (Max Gail). Jason Morgan (Steve Burton) and Margaux Dawson (Elizabeth Hendrickson) have a little chat. Drew Cain (Billy Miller) will listen to a private conversation. Elizabeth Webber (Rebecca Herbst) will feel torn. Jordan Ashford (Vinessa Antoine) will take action. Dr. Hamiton Finn (Michael Easton) digs in and refuses to cooperate. Kevin Collins (Jon Lindstrom) will be filled with remorse and Oscar Nero (Garren Stitt) will turn to his father for guidance. As you can see we have a very eventful week coming up, so make sure to stay tuned to ABC’s General Hospital.