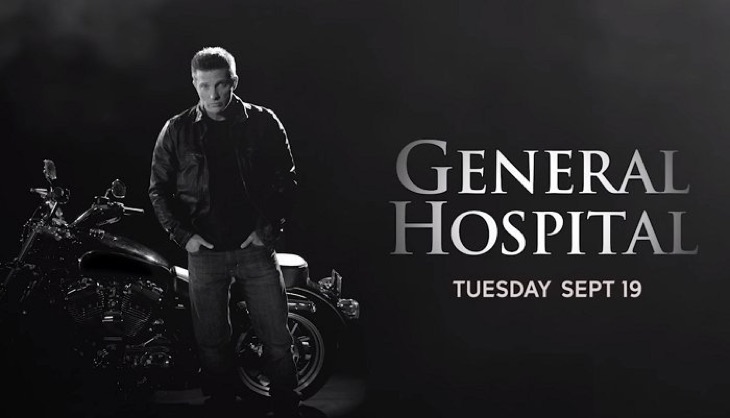 There’s nothing more special than a wonderful General Hospital homecoming in which your friends, family members, and fans celebrate you coming back to the one place that you best belong, right? Well, actor Steve Burton (Jason Morgan) knows the feeling all too well and now he is celebrating his one-year anniversary since coming back “home.” And by home, we mean Port Charles, the one place that his fans love to see him in!

Even though Steve Burton first made his debut as Jason Morgan back in 1991, he left the show in 2012, much to the dismay of his fans. He left General Hospital to play Dylan McAvoy on The Young and the Restless for five years. But a lot of daytime television fans and critics would agree that Steve’s best work has been as Jason Morgan. Thankfully, Steve opted not to renew his contract with The Young and the Restless and decided to come back to General Hospital instead.

WATCH: With Sam in danger, he couldn’t hide from view any longer. #GH pic.twitter.com/fj99Fxziql

And oh what a rollercoaster ride it has been in the last 12 months! Not only did fans get to experience all of the drama between the twin memory swapping experiment between him and Drew, (Billy Miller) but there has also been the possibility of a Jason and Sam reunion, which still might be in the works.

So the first time we see Sam back onscreen in over 2 weeks is when Jason runs into her in Switzerland.

And the first time Sam returns to the PH, I’m sure she will be returning with Jason, Danny and Scout 🙃☺️❤️ I love it! #GH #JaSam #JaSamReunion2018 #JaSamily pic.twitter.com/Zx5Uitos91

Either way, everyone has been happy and relieved to have the real Jason Morgan back, including his longtime friend Sonny Corinthos (Maurice Benard) and his wife, Carly. (Laura Wright) We have a feeling though that the best is yet to come.