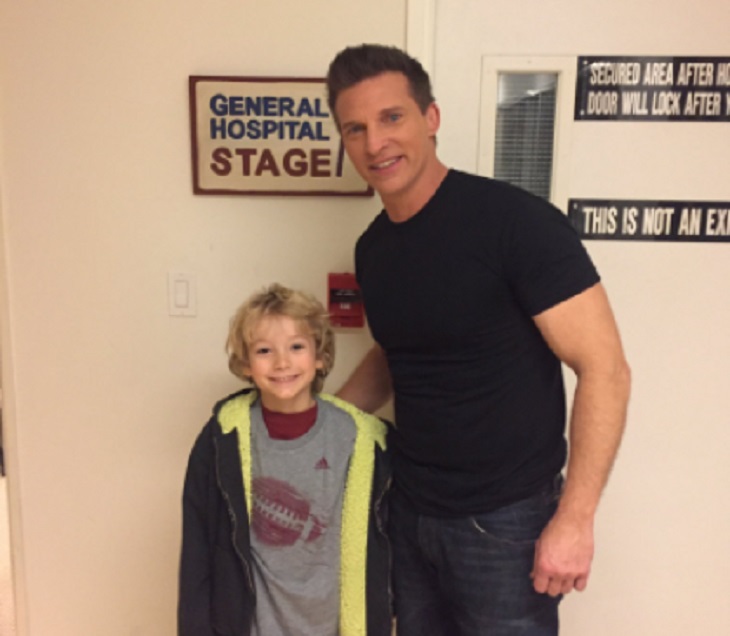 TK Weaver has quickly become a fan favorite on General Hospital.  Who doesn’t adore his character Danny Morgan on the ABC soap opera?

TK Weaver has done such an awesome job as Danny Morgan, especially since Steve Burton’s return, that General Hospital fans are starting to recognize him when he’s off duty.  Even at the strangest times!

The tiny General Hospital actor took to social media [or maybe his parents did for him] and revealed that he is also a huge sports fanatic, and plays baseball, basketball, football, and soccer in his spare time.  And, the parents of some of the kids on his team have recognized him from the daytime drama and call him “Danny.”

We love that TK Weaver is getting recognition for his work on the ABC soap opera.  He has been handed some pretty emotional scenes for a tiny little guy to handle, and nailed them all.  We can’t wait to see what else he can do!

Always fun to be recognized on the field. I play football, basketball, baseball & soccer when I can. Parents will sometimes recognize me & ask if I’m Danny Morgan. I love hearing “My son is playing sports with Danny Morgan!” 😂❤👦🏼#TKWeaverIsDannyMorgan