General Hospital Spoilers: Michael And Nelle’s Wedding Kicks Off – Til Death Do We Part [Promo] 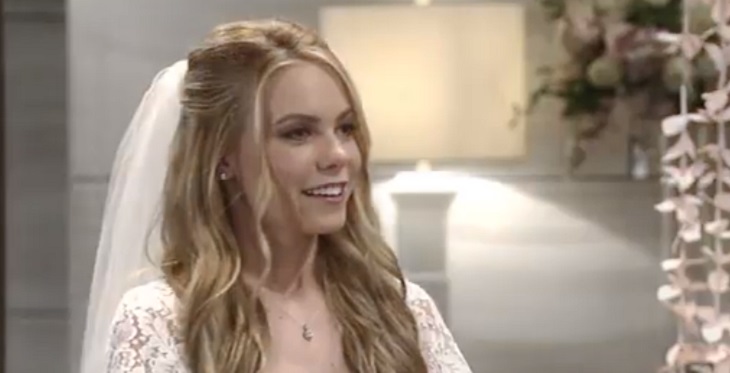 General Hospital spoilers indicate that this week will be packed with crazy drama and MUST SEE episodes of GH.

Michael Corinthos [Chad Duell] shocked his friends, family, and fiance Nelle [Chloe Lanier] when he announced that he wanted to get married ASAP.

Little does everyone know, Michael’s sudden marriage to Nelle is all a scam, and he is working with officer Chase [Josh Swickard] to bring batty Nelle down for once and for all and free his mother from Ferncliff.

Michael may have wanted to clue his mother in on his little plan though, because when Carly Corinthos [Laura Wright] learns about the wedding, she flips her lid in Ferncliff.

Judging from the hot new GH promo, this week will be one that fans won’t want to miss.  Will Michael actually fake his death?  Or does Nelle have his number and know what he is up to?  Check out the sneak peek below!

General Hospital: Scarlett Fernandez Hits The Beach Despite Her Injury