General Hospital Spoilers: Mary Pat Has Only Started – About To Make Carly’s Life A Nightmare 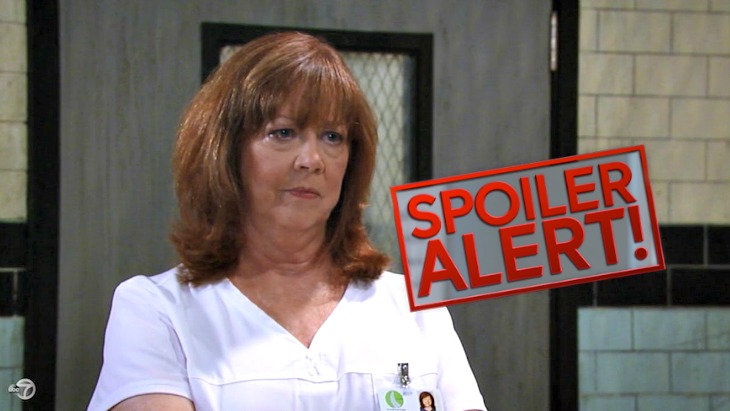 For those thinking that General Hospital (GH) Carly’s (Laura Wright) stint at Ferncliff will be a temporary one, they might want to think again. That’s because Nurse Mary Pat (Mary Bethune) has only gotten started and is about to make Carly’s life even more of a nightmare than it already is.

According to ABC Soaps in Depth, actress Mary Bethune teases that there’s still so much more to come and that’s mostly because she has no idea who Carly is or what her back story is for that matter.

Mary Pat is giving her the daily dose she needs, because that’s her job. But what she doesn’t know is that Carly is innocent and that she isn’t in fact insane. But for Mary Pat, all she’s concerned about is doing her job, and doing it well.

And if Mary Pat looks familiar, that’s because this isn’t her first stint in Port Charles. She says that she once worked as Jax’s assistant back in 1996. She told the publication, “I think it was when he was first coming on the show. I gave lot of exposition about who he was.”

In addition, Mary has made it no secret that she loves being on the set of General Hospital and is hoping to make this part-time, temporary gig into a full-time on eventually. She added, “It’s been years since I’ve been to daytime, and it’s changed dramatically. I’m so impressed with how much work gets done in a day!”

Missed an episode? Not to worry! Full episodes of #GH are just a click away: https://t.co/piuLud608W

Of course, fans will just have to tune in to find out what will happen next! General Hospital airs weekdays on the ABC network. Check your local listings for times. Let us know what you think in our comments section below. And as always, don’t forget to check back with Soap Opera Spy for all the latest news, updates and spoilers on General Hospital and all of your favorite daytime television shows right here!

Days of Our Lives Spoilers: Brady Is Playing Dirty – Things Are About To Get Ugly

The Young and the Restless Weekly Spoilers July 9 to 13: Kyle Arrested – Victor Ready For War & More