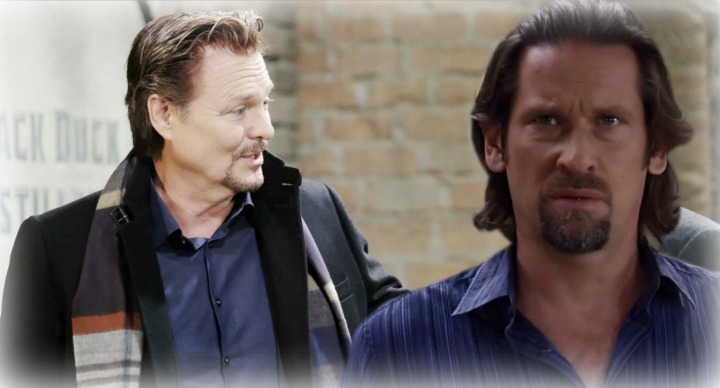 General Hospital spoilers indicate that newcomer Jim Harvey (Greg Evigan) has some tricks up his sleeve. As a matter of fact, he might end up being Port Charles’ newest villain on the scene.

According to ABC Soaps in Depth, actor Greg Evigan plays the shady developer with a past on the hit daytime television series. While not much is known about his character, Wally Kurth (Ned Quartermaine)recently tweeted to his fans, “Greg has come to play in PC for a while,” indicating that he’ll be involved for an entire storyline.

So far all we know is that Jim has teamed up with Ned and has a connection to Franco. (Roger Howarth) And if some viewers think that Greg is a familiar face that they’ve recognized before, it’s because he is. Greg starred in the 1990s primetime series Pacific Palisades along with actresses Michelle Stafford (Nina Reeves Cassadine) and Finola Hughes. (Anna Devane)

Of course, fans have every reason to be concerned about Jim Harvey. He’s about to cause some trouble for Franco and those near and dear to him. General Hospital spoilers even tease that he might be the mysterious person behind Betsy Frank’s shocking death. Yet, spoilers also reveal that Jim is looking to put the blame on Franco by framing him for the murder.

Jim knows that the only way that he can get rid of his past is by getting rid of the people that know his secrets, and that includes Betsy and Franco. Whether or not he ends up getting away with the murder remains to be seen. General Hospital fans will just have to tune in to see what will happen next!

General Hospital airs weekdays on the ABC network. Drop us a line with your thoughts in our comments section below. Also, don’t forget to check back with Soap Opera Spy for all the latest news, updates and spoilers on General Hospital and all of your favorite daytime television shows right here!