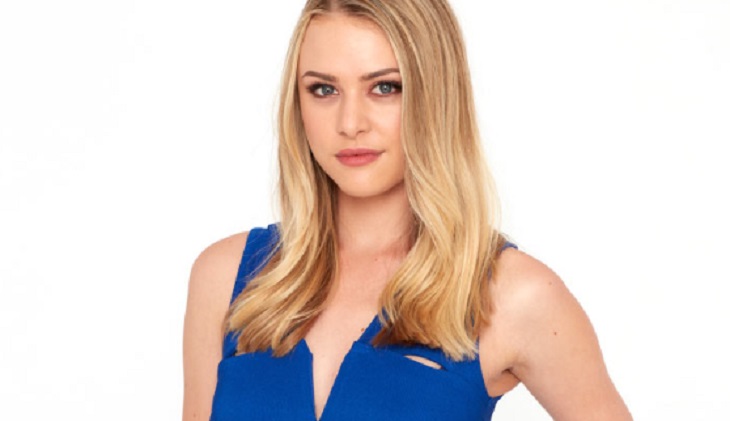 General Hospital star Hayley Erin has exciting news to share with fans. She will be starring in a new pilot for Pretty Little Liars: The Perfectionist. This of course is prompting General Hospital fans to wonder if she will still be playing Kiki in Port Charles.

According to reports, the show has been picked up by the Freeform network for ten episodes. The show will also star Sasha Pieterse and Janel Parrish from the original series in their roles as Alison DiLaurentis and Mona Vanderwaal.

Hayley wasted no time in making her announcement on social media. She wrote on her Twitter account, “It’s official!! Can’t wait for this adventure with all of you.”

Related: General Hospital Spoilers: The Drama Heats Up at The 2018 Nurses Ball

The timing seems a little strange for fans, as Hayley’s character Kiki has a very intense storyline in Port Charles right now. As a matter of fact, Kiki is dealing with her own #MeToo situation, with Dr. Bensch getting a little more that up close and personal with the young impressionable blonde he is supposed to be mentoring.

So far Hayley Erin herself has not made any comments about her future at General Hospital or what she plans on doing next for that matter. Watch this space because we have a feeling that we will be seeing more of Hayley on the small screen, regardless of whatever direction she ends up taking. After all, she is a talented young actress with so much ahead of her!

In the meantime, General Hospital airs weekdays on the ABC network. Check your local listings for times. Let us know what you think by leaving us a line with your thoughts in our comments section below. Also, don’t forget to check back with Soap Opera Spy for all the latest news, updates and spoilers on General Hospital and all of your favorite daytime television shows right here!