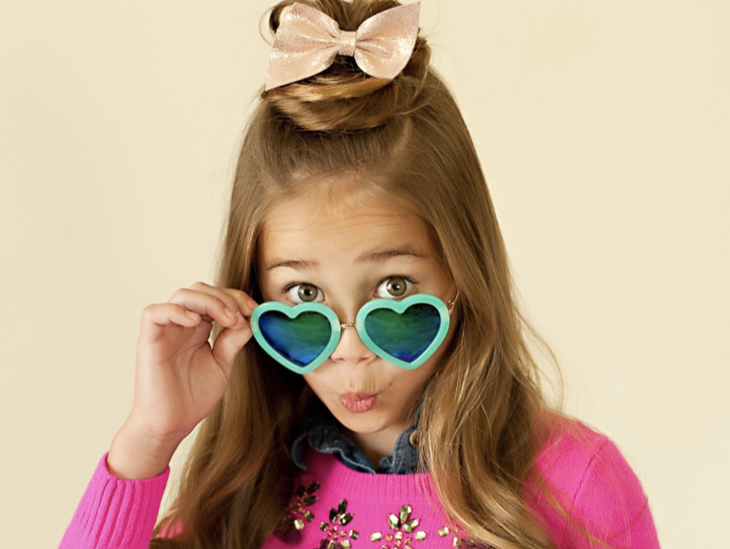 General Hospital spoilers tease that we might be seeing a familiar face back in Port Charles very soon. As a matter of fact, new reports indicate that cutie Brooklyn Rae Silzer might be reprising her role as Emma Scorpio-Drake in the coming weeks with a brand new storyline.

For a lot of viewers, it might be refreshing to see Emma come home again, especially with all of the high-paced drama going on in Port Charles these days. General Hospital co-head writer Chris Van Etten hinted that we might be seeing Emma sooner rather than later, though.

He wrote on twitter, “Hmmm, I wonder what Emma Scorpio-Drake is up to these days. I have a feeling we’ll soon find out!”

Thank you! Hmmm I wonder what Emma Scorpio-Drake is up to these days… I have a feeling we’ll soon find out 😉

Brooklyn’s character Emma was seen as a miracle child because she was conceived naturally, even though her mother, Robin is HIV-positive and despite that, her father, Patrick wasn’t infected when she was conceived.

The last time we heard from Brooklyn, she was taking a break from Port Charles for her latest adventure: middle school! It might be hard to believe, but Brooklyn is now a 6th grader who enjoys doing all the typical things that many girls her age do, including extra curricular activities, going to birthday parties, and of course, being with her friends! Although it looks like she might be pulling double duty by reappearing in a few episodes very soon.

So far Brooklyn herself nor her mother have not made any comments about her possible return. Of course, fans will just have to tune in to see what will happen next!

The Bold and the Beautiful Weekly Spoilers February 26 to March 2: Quinn Rips Into Bill – Sheila’s Back – Bill Threatens Katie