General Hospital RUMORS: Ryan Gets Deadly Revenge For Ava To Prove His Love 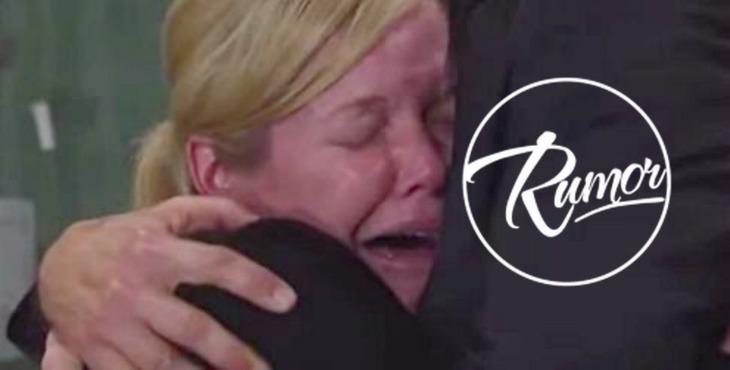 General Hospital spoilers tease that Ryan Chamberlain (Jon Lindstrom) will prove his love to Ava Jerome (Maura West) in a sick and twisted way – by killing her daughter Kiki Jerome (Hayley Erin)! After all, Ava’s been pouring her heart out to him (in his Kevin persona) about how much Kiki has hurt her by stealing Griffin (Matt Cohen) from her.

General Hospital viewers know it didn’t exactly happen that way, but it seems to make no difference to Ava and wouldn’t to Ryan either. Ryan knows nothing about Ava’s stealing Morgan Corinthos (Bryan Craig) from Kiki, but he’ll probably find out from Carly Corinthos (Laura Wright) when she comes in for her appointment about her grief for Morgan!

Ryan won’t be fazed by Carly’s story about Morgan’s death, or what she will likely tell him about Ava being behind the whole thing by switching his meds for placebos. That little tidbit about Ava will likely impress him even more! Carly will surely paint an impressive picture of Ava for Ryan, considering the only person she hates more than Ava is Nelle Benson (Chloe Lanier)!

The more Ryan finds out about the dark side of Ava, the more he will be enamored of her, and that might mean double trouble for Port Charles if those two team up! He may or may not reveal his true identity to Ava, considering his story will come out soon with various media covering the 25th anniversary of his murder spree in Port Charles. The Invader’s piece written by Lulu Falconeri (Emme Rylan) will not portray him in a favorable light, but the rest will probably glorify him as well as his past murder and mayhem.

A Match Made In Hell! Ava and Ryan New General Hospital Super Couple?

If Ava knows he’s Ryan even she may not be evil enough to accept him for who he is – so he might just continue to masquerade as Kevin, since she has no compunctions about carrying on with married men. Stay tuned to General Hospital and keep checking General Hospital spoilers frequently to see if Ava and Ryan turn into the soap opera version of Bonnie and Clyde, or if he’s too evil for even Ava to love!