A New Port Charles Romance – Would You Like To See GH Maxie And Chet Get Together?

Vote in the poll here —> 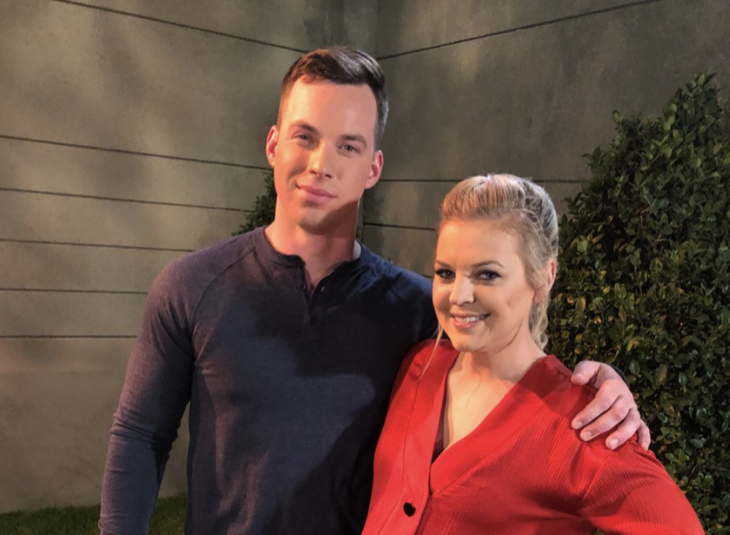 General Hospital spoilers indicate that a new romance might be on the horizon for one troubled young Port Charles resident. As a matter of fact, there’s a possibility that Maxie (Kirsten Storms) might have a new love interest in town.

As many viewers know, Maxie is still grieving the loss of her husband, Nathan. (Ryan Paevey) He died while trying to protect her and their unborn child from Port Charles’ number one villain, Faison (Anders Hove).

Needless to say, Maxie is going to need a new shoulder to cry on after she learns the real truth about her supposed friend, Peter August. (Wes Ramsey) And the person for the job might just be Chet. (Chris Van Etten) During Friday’s episode, Maxie was trying to figure out what to do with the fund that was set up by Henrik Faison.  Chet saw Maxie and told her rather sweetly that she should do what Nathan would do in this situation. Fans picked up on the very obvious chemistry between Maxie and Chet and even took to their social media accounts to rave about it! It’s pretty obvious that Chet might be the man that Maxie needs in her life right now.

So, what will Peter have to say about this? Seeing how he has been pinning for Maxie for quite some time, it’ll be best for Maxie if he knows jack squat. Plus, it will only be a matter of time before she learns about all of his lies and deception. Of course, fans will have to tune in to find out what will happen next!

General Hospital airs weekdays on the ABC network. Drop us a line with your thoughts in our comments section below. Also, don’t forget to check back with Soap Opera Spy for all the latest news, updates and spoilers on General Hospital and all of your favorite daytime television shows right here!