General Hospital POLL: Is Jason Right and It’s Time to Move on From Sam? VOTE! 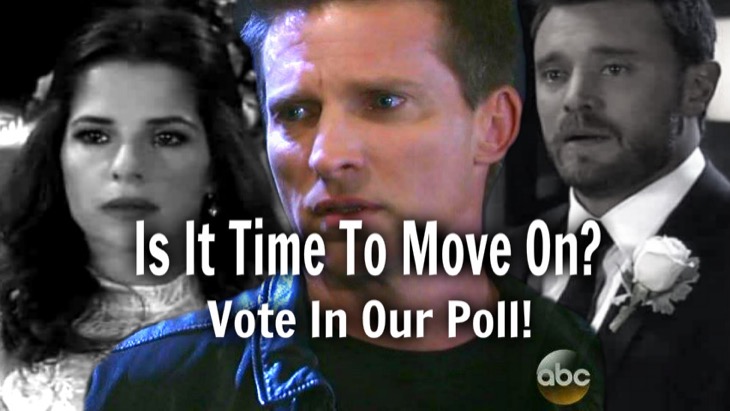 General Hospital (GH) spoilers reveal that Jason Morgan (Steve Burton) had made his stance very clear when he met with his long-time love Sam Morgan (Kelly Monaco) and granted her a divorce so she could marry his twin brother, Drew Cain (Billy Miller). They had reached an impasse in their lives – irreconcilable differences, with him loving her and her loving Drew; but was that really the case?

GH fans watched as Carly tampered with Drew’s car, forcing Jason and Sam to spend New Year’s Eve together, stranded on a broken boat; the perfect setting for a couple who could easily fall back in love. Of course they kissed, but it was more of a “goodbye” to their long history than anything else.

General Hospital sources tease that Damian Spinelli (Bradford Anderson) made one last ditch effort for Jason to stop Sam from making the biggest mistake of her life, call off her wedding to Drew. Jason listened as Spinellu made some very valid points but viewers could see his heart was breaking. He clearly is trying to do what is best for Sam and keeping his distance. Is it time for him to simply move on from Sam? Is she in his past and it is time for him to close that chapter too?

Jason’s best friend, Sonny Corinthos (Maurice Benard) firmly believes that Sam will always love Jason and that will last forever; unlike his wife, Carly, he feels that reuniting with Sam and forcing her away with Drew is the worst thing for her. Which friend is right, because Sam fell in love with Drew, even though she knew Jason was alive, she chose to marry him in spite of that?

General Hospital spoilers reveal that Jason Morgan may be nursing a broken heart now and the former love of his life, Sam did, in fact, go through with her marriage to his brother, Drew but Jason has many loved ones around him to comfort him through the rough times and potential new friends to help him pass the time. Did you notice the smile on Jason’s face and how much fun he had playing pool with Dr. Kim Nero (Tamara Braun)? Maybe it simply is time for Jason to move on! Please take this poll and let us know, do you think Jason is right and it is time to move on?