General Hospital Josslyn Betrays Carly & Trusts Nelle – Is Sonny Right To Want To Send Her Back To Jax? 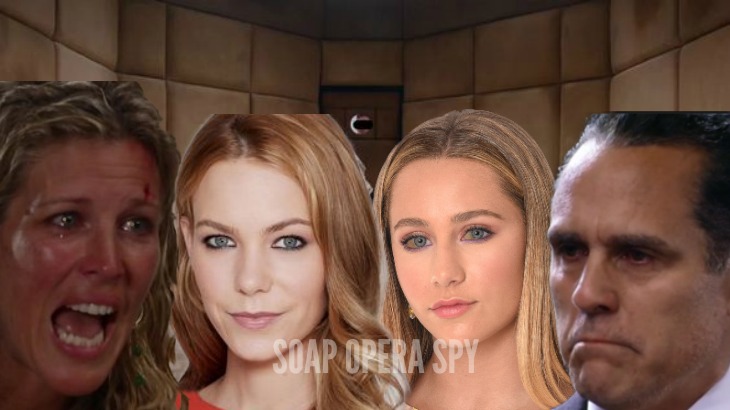 General Hospital (GH) Josslyn (Eden McCoy) is a very naïve and impressionable child. Nelle (Chloe Lanier) has stolen dresses and other things to become close to Josslyn and come between her and Carly. (Laura Wright) However, should Josslyn testify for someone who has proven to have no morals at all over her own mother?

Carly has done everything thing she could to make Josslyn happy, she has made allowances for Josslyn’s screw ups. Carly has fought Jax (Ingo Rademacher) for Josslyn. Carly has treated this child much more like a friend than she has a child. Carly even found Nelle to try and make sure that Josslyn wasn’t at risk for any kind of ill effect from her kidney and tried every way in the world to accept this girl.

What did Nelle do in return, drugged Sonny (Maurice Benard) and sexually assaulted him, made it look like Morgan (Bryan Craig) was alive. Nelle has tried to drive Carly completely crazy and for some unbeknown reason, no one believes Carly.

Why would Josslyn trust a total stranger’s word over her own mother? Josslyn knows her mother would never hurt Nelle while she is pregnant, especially after what happened with Sonny. If Carly wanted to hurt her, she would have killed Nelle over Sonny.

Josslyn also knows that Nelle came to town with a grudge so why is she so ready to believe Nelle? Josslyn knows that Nelle didn’t even willingly save her life, let she chooses to side with her over her own mother. Frankly I believe is Josslyn wants to have this kind of attitude, Sonny’s idea of sending her to Jax was spot on!