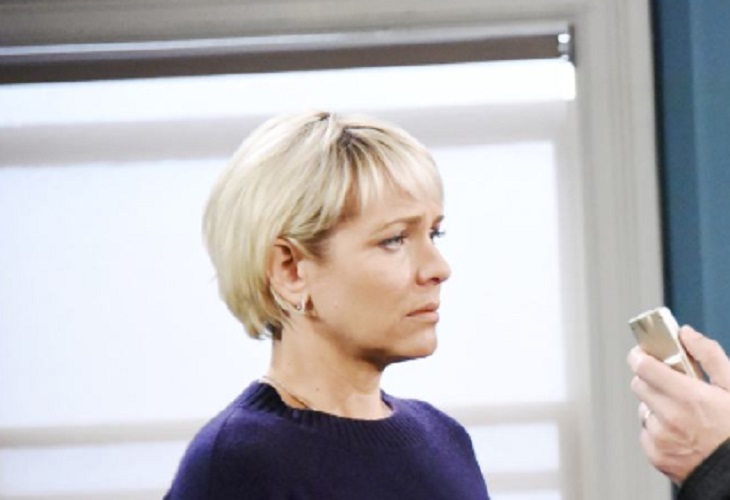 “Days of Our Lives” spoilers for Friday, October 19, tease that Chloe (Nadia Bjorlin) and Mimi (Farah Fath) will face off. Their revived feud will spiral out of control, so Belle (Martha Madison) will quickly intervene. She’ll hope to send these enemies to their corners and restore at least a little peace.

Meanwhile, Rex (now played by Kyle Lowder) will return to town. He’ll be ready to catch up with some friends and family members, but a secret’s just waiting to be discovered. Mimi gave birth to Rex’s baby girl, so that shocker’s set to blow up sooner or later. DOOL fans won’t want to miss the twists and turns over the next few weeks.

Until then, we’ll see more drama in Nashville. “Days of Our Lives” spoilers say Nicole (Arianne Zucker) will fear Xander’s (Paul Telfer) terrible wrath. He found Eric (Greg Vaughan) snooping at the warehouse, so he knows they’ve plotting against him. Fortunately, Nicole can be pretty resourceful. She’ll ultimately make her escape with Holly, but her DOOL journey isn’t over just yet.

“Days” spoilers say Nicole will head to the secret facility and stumble across Brady (Eric Martsolf). He’s behind a locked door, so that’ll be another hurdle to tackle. Nicole will seek some help while Sami (Alison Sweeney) catches up with Eric. Her search through the room marked “E.D.” won’t pan out, so she’ll find her brother and get updates on his snags.

Eric and Sami will free Brady, but Nicole will get separated from the pack. “Days of Our Lives” spoilers say that’ll bring another desperate hunt, but Sami will have a bone to pick first. She’ll rip into Brady for teaming up with Kristen (Stacy Haiduk), but he’ll insist that’s not what happened. 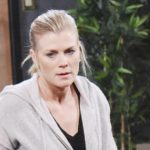 Brady will swear that he was duping Kristen for answers about EJ (last played by James Scott). Once Brady explains, Sami should be appreciative. She’ll get her own EJ mission back on track, so it won’t be long until a stunning discovery’s made.

It looks like some exciting scenes are ahead on the NBC soap. We’ll keep you posted as other “Days” news and rumors emerge. Stick with DOOL and don’t forget to check Soap Opera Spy often for the latest “Days of Our Lives” spoilers, rumors, updates and news.