Coronation Street Spoilers: Steff Only Has Days To Live 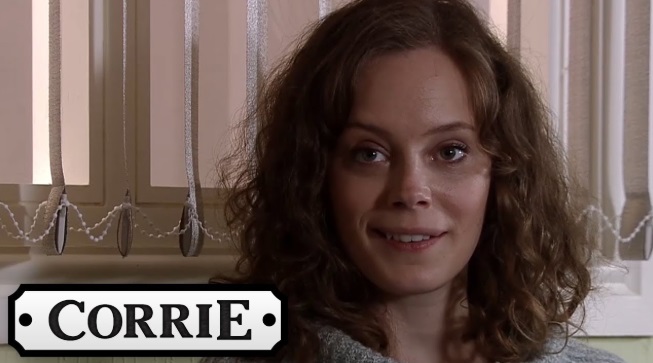 Coronation Street spoilers indicate that Steff only has a few days to live, which has her friend Sinead very worried. As a matter of fact, she will soon find out that her therapy has not helped cure her cancer and that she now only has days to live.

Instead of taking the right kind of medicine that was supposed to help with her treatment, she listened to her friend Steff and her bogus lies instead. But now that it looks like Steff only has a few days left to live, Sinead is incredibly worried about her health and the health of her baby.

In a show of solidarity for our fantastic @SairKhan, the Coronation Street cast braved their very own Corrie Bushtucker Trial! 🐛🍴

This is not for the squeamish! 🤢

To complicate matters even more, she’s been hiding the truth about her therapy from her husband, Daniel. She’s been doing everything that she can to make sure that he doesn’t accompany her to the hospital, as she has been lying about going to her appointments.

And now a devastated Sinead has been told that her friend Steff is dying. But it wasn’t Steff who told her the truth. Instead, it was her husband who told Sinead that her therapy is not working. Sinead is absolutely floored by the news and even doubts her own decision to shun treatment. Does this mean that she will finally tell Daniel the truth?