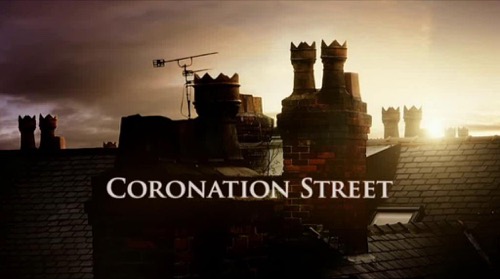 Coronation Street producers are doing anything they can to keep some of the biggest names on the soap from leaving the series. As a matter of fact, one report suggests that writers are now giving the show’s stars a chance to contribute to upcoming storylines in a bid to keep them from leaving altogether.

And now producers are giving the rest of the cast an opportunity to add their own lines to the script in hopes that it will keep them on the show. Actress Jane Danson, who plays Leanne Battersby, told the publication: “We can put our creative points of view across now. So, rather than be miserable, we get a little bit of the old characters back.”

Apparently, a lot of the actors are concerned about the path that the soap has taken in recent months. They believe that there are way too much blood and murder than love and relationship drama. The show has also gotten blasted by critics for its dark and twisted storylines. Producers have promised that the soap would “cater for everyone” and hopefully go back to its soap roots. Even actress Sue Clever, who plays Pat Phelan’s wife Eileen, says she wants a break from the dark storylines.

Coronation Street airs weeknights on the ITV network and is available on Britbox in the United States. Tell us, what do you think will help stop stars from leaving the show? Let us know by dropping us a line with your thoughts in our comments section below.

Also, don’t forget to check back with Soap Opera Spy for all the latest news, updates and spoilers on Coronation Street and all of your favorite British soaps right here!

The Young and the Restless Spoilers: Drunk Noah Out Of Control As Mariah And Tessa Grow Closer