Bold and the Beautiful Spoilers: Wyatt And Sally Heat Up – Steffy, Liam, And Hope Fall Apart 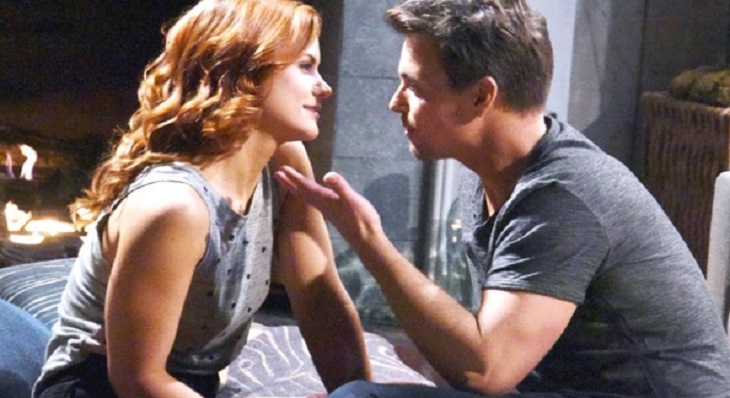 Love is in the air in “The Bold and the Beautiful” as Wyatt confesses his love for Sally. In the previous Bold and Beautiful episodes, viewers have seen how Wyatt’s feelings for her grew after she came back to town.

Wyatt Fuller [Darin Brooks] and Sally Spectra [Courtney Hope] haven’t been very lucky with their past romances and they both have to take down some of their walls if they wish to find true love.

Bold and the Beautiful Spoilers – Love In The Air

Fans can clearly see the chemistry between the two and it would not be a surprise if they eventually become one of Bold and the Beautiful’s favorite couples.

Elsewhere, Bold and the Beautiful spoilers indicate Liam and Steffy argue over Taylor’s stability and if baby Kelly is safe with her around. They will be at odds on whether Taylor should be alone with the baby and clearly, Steffy will take the side of her mother.

At the back of his mind, Liam believes that Taylor won’t harm Kelly but he also cannot ignore the fact that she did shoot Bill. That’s not something anybody can simply disregard especially when it comes to the welfare of baby Kelly. He is concerned about Kelly’s safety but Steffy will insist that she’s not a threat and she deserves to be part of Kelly’s life.

Apart from the shooting, Liam’s worries are amplified after learning that Taylor confronted Hope. He thinks Taylor is mentally and emotionally unstable and he would like to know her current state directly from Steffy.

Will Steffy be truthful to Liam and tell him that her mother is not well and that she witnessed first-hand how Taylor struggled at the party with so much alcohol flowing? She knows that things won’t go well once Liam finds out about this. She trusts her mother, which is more than what we can say about Liam’s feelings about Taylor right now.

According to Bold and Beautiful spoilers, Hope also has her own concerns about Taylor. She and Liam are set to start their own family and having Taylor around spells disaster for her. Given that Taylor has been very hostile around her, Hope is extremely worried about what she might do once she gives birth.