Bold and the Beautiful Spoilers: Rick and Maya’s Divorce Reason – Did He Cheat? 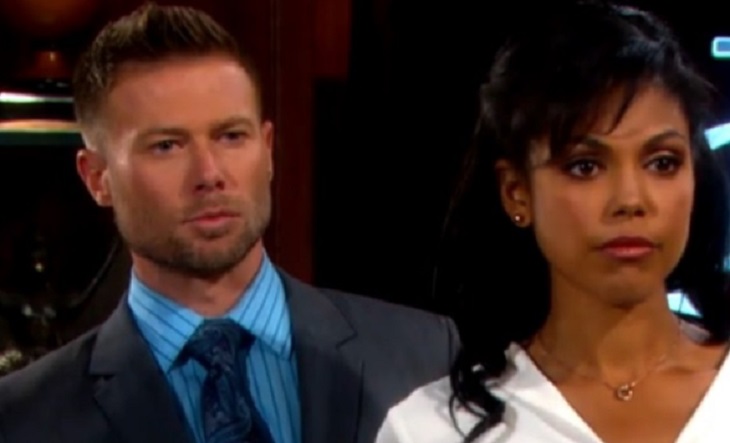 The Bold and the Beautiful (B&B) rumors have taken off and now the viewers cannot stop speculating about what could have led to Rick Forrester (Jacob Young) and Maya Avant’s (Karla Mosley) divorce.

Maya told Brooke Logan (Katherine Kelly Lang) that they grew apart and “not one thing” caused the split. However, the B&B fans are not buying it and they believe a shocking revelation will come out soon.

Bold And Beautiful Spoilers – Rick Had An Affair?

The most popular theory is that Rick had an affair. Maya’s parents admitted that when they saw the couple last in Paris, there was some tension between them. They didn’t appear as close.

At the same time, her father was shocked by the news. He had his issues with their relationship, but Julius really thought they would make it. Their love appeared to be the real deal.

The stress of a move to a new country, new baby, and being away from family was too much for the couple. Is it possible Rick cheated on Maya? Or, is it possible that Maya was the one who cheated?

Big Revelation Coming On Bold And The Beautiful

Given the fact that B&B is keeping the reason on the down low, it’s pretty clear that head scribe Bradley Bell has plans to shock the fans with the split reason.

Perhaps, he doesn’t even know what direction he will go right now, but given the secrecy on it, it will come out eventually. And, when it does, it will shock the fans and most of all shock the Avants, Forresters, and Logans.

Why do you think Rick and Maya split up? Do you think he cheated on her? Don’t forget to come back later for more Bold and the Beautiful (B&B) spoilers, news, and casting updates!