Bold and the Beautiful Rumor: Wedding Bells Ringing For Wyatt and Sally? 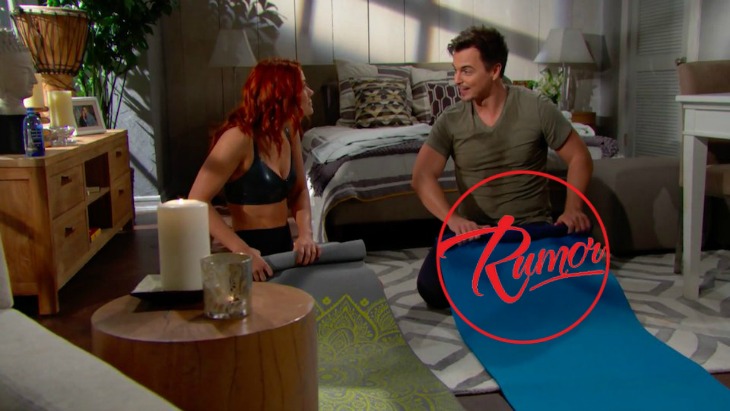 The Bold and the Beautiful rumors indicate that wedding bells could be ringing for Wyatt (Darin Brooks) and Sally (Courtney Hope).

This week the couple reaches a milestone in their relationship when they proclaim their love for each other. It’s a big step for them and it’s leading to speculation that a wedding could be in their future.

Sure it may be too soon for Wyatt and Sally to exchange vows, but if B&B’s history has taught us anything, it’s that couples are in a rush to walk down the aisle. Wyatt and Sally have only been dating a couple of months, but it wouldn’t be surprising if there’s a diamond ring on her finger sometime soon.

An engagement would be thrilling for Sally, who suffered heartache in the past due to Thomas (Pierson Fode). But now she seems to have found her happiness with Wyatt.

However, there are some people who won’t be happy with Wyatt and Sally’s engagement. His parents Quinn (Rena Sofer) and Bill (Don Diamont) aren’t going to be thrilled with the future nuptials. Bill had a feud with the young Miss Spectra in which he tried to destroy her business to gain a piece of property. When is attempts failed, he demolished the building which almost led to the deaths of Sally and Liam (Scott Clifton).

As for Quinn, she had reservations about her son’s relationship due to Sally’s history with the Forresters and stealing their designs. Since they’ve begun working together, it appears that Quinn and Sally are now amicable towards each other. But that could change if Sally and Wyatt’s relationship starts to get serious.

Bold and the Beautiful Spoilers Monday, December 17: Liam Must Choose Sides, Sally And Wyatt Get Closer

Quinn is very protective of her son and has seen him heartbroken in the past. She wouldn’t want the same mistake to happen again and would make sure Sally doesn’t hurt Wyatt.

Do you think wedding bells are in Sally and Wyatt’s future? If so, how will Bill and Quinn react to the news?

Coronation Street Spoilers: Gail Turns Into A Spy, Catches Lewis With Another Woman – What Will Audrey Say?