The Young and the Restless (YR) Spoilers: Hilary Can’t Stop Being Hilary – Devon Demands She Do Better 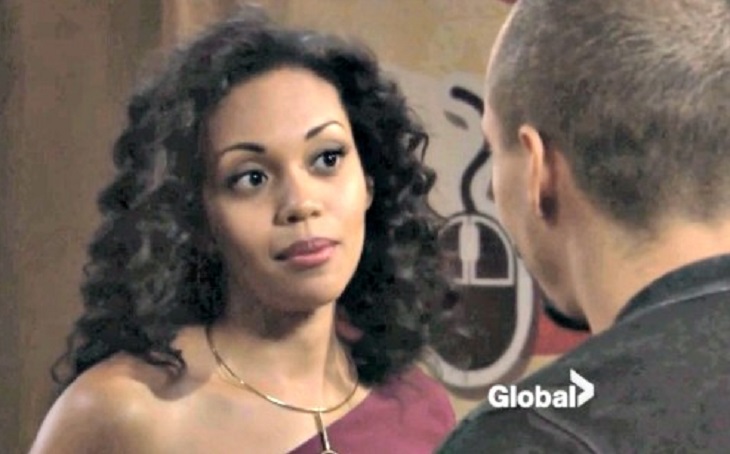 Hilary (Mishael Morgan) just couldn’t help herself on ‘The Young and the Restless’. The host of the eponymous ‘Hilary Hour’ opted to attack someone who Devon (Bryton James) and Mariah (Camryn Grimes) care about. It seems as though Miss Curtis will never learn.

Tessa (Cait Fairbanks) was inexplicably unable to make the live GC Buzz event. She was scheduled to perform her debut single produced by the Hamilton-Winters Groups’ LP streaming label. Those circumstances left Hilary with time on her hands. Old school viewers were taught what force can take control of someone’s hands if the individual in question isn’t careful. She wasn’t and so into his workshop she willingly went.

At first Hilary opted to discuss ‘Hevon’s’ limited run. Then she moved on to the time Devon and Mariah spent together. Both conversations were uncomfortable, but paled in comparison to the hit Hilary applied next.

She received a tip from a source who somehow had access to the Genoa City Police Department’s dealings. Hilary used that to announce Tessa had been hauled in for questioning. Yes, the reigning gossip diva trashed Tessa’s reputation as a way of explaining why her guest hadn’t arrived.

Devon and Mariah were equally stunned by the revelation. Noah (Robert Adamson) was blindsided as he watched off-camera. He then left in order to rescue his damsel in distress.

Hilary sported a feeble reaction when Devon and Mariah lambasted her about what happened. The former Mrs. Hamilton had no response when Devon later reminded her of what she just went through with Jordan (Darnell Kirkwood).

It seemed as though Hilary was planning to turn the corner. She recently offered Nikki (Melody Thomas Scott) the clandestine photos and noted that Jordan provided them. Hilary’s move, as somewhat inspired by a chat she had with Chelsea (Melissa Claire Egan), implied that a kissing up to GC’s power players was in the offing.

Devon has been encouraging his ex-wife to take GC Buzz to a higher level. He’s told her that she possesses the talent and ability to channel her media power in positive directions. But old patterns must feel comfortable because Hilary just can’t seem to break her addiction for treachery. Hopefully, in time, she will.