The Young and the Restless (YR) Spoilers: Dina Has Alzheimer’s – Emmy-Worthy Performance Offered By Marla Adams 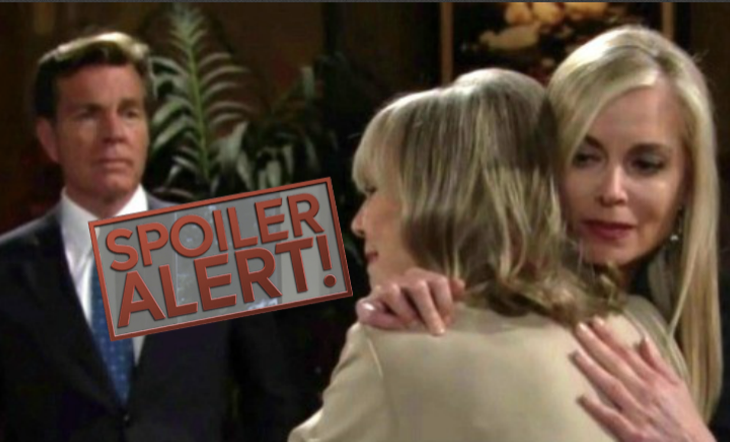 Jack (Peter Bergman) finally admitted it on The Young and the Restless . With Ashley’s (Eileen Davidson) compassionate support, her only son realized what had been teased for awhile. Yes, Dina (Marla Adams) has Alzheimer’s and the actor who plays her is worthy of an Emmy nomination.

One of Y&R’s most heart-breaking and also important storylines has been presented this year. The great Marla Adams has evidenced deep range as she’s embodied the mother of three children and a retiring business magnet in her advanced years.

Marla’s arrival in Genoa City included a companion. As time unfolded Graham (Max Shippee) proved to be a character vehicle who deepened Ashley’s backstory, while also wreaking havoc against all things Abbott and Mergeron.

The initial intrigue regarding Dina’s actual connection to Graham was very engaging. As the summer lengthened, Mr. Bloodworth’s motives became clear. Dina’s endangerment revealed her as vulnerable and Adams’ performances became all the more laudable.

Recently, Dina blurted out the truth about Brent Davis (Bert Kramer). She suffered a stroke and was left for dead by Graham. His subsequent odd behavior in Florida, where he’d taken her, and too easy release of Dina signaled the coming climax to an arc that had stretched for many months.

Dina quickly veered off-course after Jack and Ashley brought her home. The Underground fire wasn’t started by Nick (Joshua Morrow), as insurance investigators are implying. That inferno was sparked through Dina’s hands, though no one knows that yet.

Fast-forward to the night Abby (Melissa Ordway) expected to be applauded at the Top of the Tower. Another public disaster followed at that swanky location and then Dina pulled a knife. Nikki (Melody Thomas Scott) was slashed, not stabbed. Irregardless of that detail, the plotted point dotted a culmination of this part of Dina’s storyline.

Here’s hoping that executive producer and head writer Mal Young chooses to keep Adams in the cast, as her efforts have been terrific. Extend Dina’s storyline indefinitely, as Y&R’s characters and its viewers would be better for it.

General Hospital Spoilers: Thanksgiving’s Approaching and Alexis Can’t Get Julian Off Her Mind