The Young and the Restless (YR) Poll: Which Genoa City Character Has the Most To Be Thankful For? 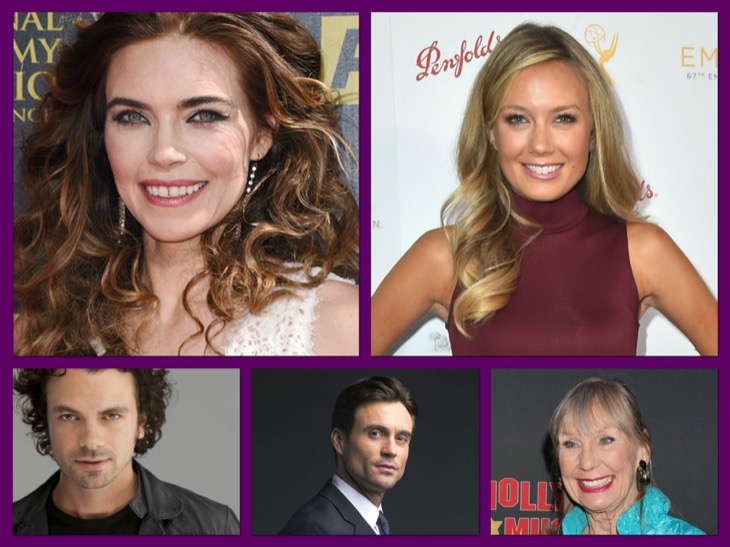 Thanksgiving is a time for reflection on ‘The Young and the Restless’. The day is set aside for the consideration of blessings, instead of dwelling upon real, or perceived distractions. There are various Genoa City characters who have plenty to be thankful for. Let’s review some of them.

Abby (Melissa Ordway) had no idea that her so-called significant other was living a double life. But Zack’s (Ryan Ashton) Design Date app was nothing more than a front for a trafficking ring. Eventually all was revealed and seeming certain death was avoided.

Scott (Daniel Hall) recently put everything together. However, the now former Hashtag head pushed too hard, put his life in danger and was trapped in a storage unit. Flashbacks followed, but thankfully Abby was there to comfort him. Ingenuity allowed the projected couple to escape and then Crystal (Morgan Obenreder) thankfully hit her mark.

Vickie’s (Amelia Heinle) company was facing disaster. She’d been a distracted owner for her entire reign at Brash and Sassy, which enabled various employees to run wild. Billy (Jason Thompson), Cane (Daniel Goddard) and Juliet (Laur Allen) were quite the cast of characters. Each, in his, or her own way helped to pull the one-time Newman division down. And then, as almost always, Victor (Eric Braeden) came to Vickie’s rescue.

Victor’s company is in disarray. Thankfully for him he has his daughter back to help him handle the mess Zack created. Yes, he’s alienated Abby. But Vickie’s experience and Neil’s (Kristoff St. John) renewed connection with Newman Enterprises should serve to settle things down.

Cane’s son lived, even though his mother sadly died in childbirth. One instant outcome of Juliet’s demise seemingly allows an opportunity for ‘Lane’s’ rebirth. Events caused Lily (Christel Khalil) to soften her stance regarding Cane’s many issues. She seems open to a potential reconciliation.

Dina (Marla Adams) was diagnosed with Alzheimer’s a year ago, but she and Graham (Max Shippee) didn’t tell anyone. Mr. Bloodworth’s apparent bow-out left Madame Mergeron dependent upon her children and for that she is infinitely grateful. As Dina approaches the toughest challenge of her life, Jack (Peter Bergman), Ashley (Eileen Davidson), Traci (Beth Maitland), Abby, Billy and others will be there for her. Yes, family matters.

As savvy Y&R fans know, there are many other GC personas who can be linked to gratitude during Thanksgiving week as well.

Fans of ‘The Young and the Restless’ rightfully express their opinions on a regular basis. So, which Genoa City character should be most thankful right now? Please vote in our poll below!

The Bold and the Beautiful Spoilers: Sheila Coming Back To Take Down Quinn? How Will Eric Stop Her?