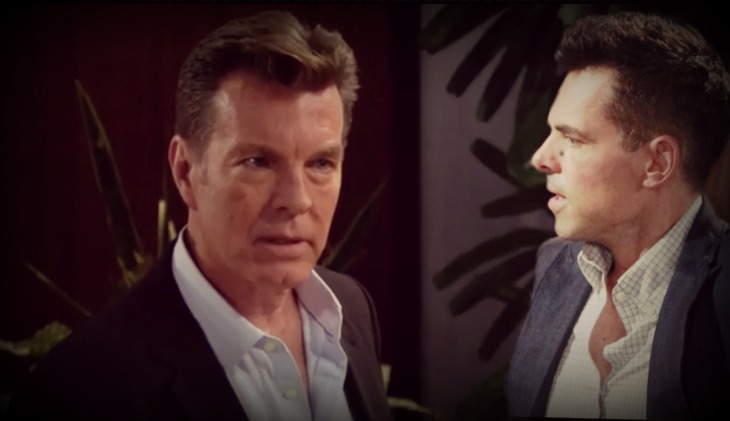 “The Young and the Restless” spoilers for Tuesday, August 22, tease that Abby (Melissa Ordway) will fill Nikki (Melody Thomas Scott) in on the changes at the ranch. In the tack house, Nikki expresses outrage over Victor’s (Eric Braeden) actions. She’s fine with Abby’s decision to move in, but suggests the peace may not last. Nikki doesn’t want Abby to expect too much from her relationship with Victor.

Nikki Finds Out Nick and Chelsea Are Living Together

At the penthouse, Nick (Joshua Morrow) reminds Chelsea (Melissa Claire Egan) that there’s no pressure. He wants to make sure she’s really OK with him moving in. Chelsea insists she’s happy to have him there before she exits. When Nikki arrives, she rants about Victor’s cruel behavior.

Nick contends that at least he finally cut the cord. Besides, things worked out well with Chelsea. Once they shift the topic to Nikki’s relationship with Jack (Peter Bergman), Nick admits he’s worried. He feels like Nikki could run into trouble if the Newman-Abbott war starts back up.

Chelsea comes home later and seems upset by a discovery. When she notices Nick moved Connor’s (Gunner and Ryder Gadbois) drawing, she mentions it. Nick offers an apology and scrambles to put it back where it belongs. At Lily’s (Christel Khalil) place, she talks to Jordan (Darnell Kirkwood) about their kiss. She still has stuff to figure out when it comes to her marriage and personal life.

At the television studio, Victoria (Amelia Heinle) rips into Hilary (Mishael Morgan) for airing the scandalous footage. She wants it taken down from the website immediately, but Hilary refuses. Mariah (Camryn Grimes) contends that it’s too late anyway. She urges Victoria to give an interview that shows her side of the story. Victoria dismisses the idea and delivers a threat before storming out.

On the last #YR, Hilary witnesses an argument between Victoria and Hochman. WATCH THE CLIP: https://t.co/0QkOjbQTZ3 pic.twitter.com/QN1YRVVZUn

Elsewhere, Devon (Bryton James) is mildly irked that he wasn’t informed of the bridge loan. Neil (Kristoff St. John) points out that Victoria needed it ASAP and hints that he was helping Lily, too. Devon finds it tough to believe Lily’s life will get any better with Cane in it. Afterward, Neil tells Cane he needs to work harder if he wants to win back his family.

At Jabot, Billy (Jason Thompson) tells Jack and Phyllis (Gina Tognoni) about securing the bridge loan. Phyllis is pleased by the news, but Jack gripes. Once Billy’s gone, Jack promises that he’s going to eliminate the competition. At Brash and Sassy, Billy updates Lily and Jordan on the Dare campaign’s revival.

Later, Nikki meets with Jack and brings up the fact that Hilary is his friend. She just doesn’t understand it, but he thinks her connection to Victor is just as strange. Jack doesn’t get why Nikki cares anymore. They eventually put the issue to rest and make out.

Something Is Going On With Victoria, She Head To Doc

Victoria heads to the hospital for another checkup, but the doctor insists that her symptoms are to be expected after a concussion. At the athletic club, Billy warns Phyllis that he’s going after Jack. He feels like it’s Jack’s turn to be punished. Meanwhile, Hilary glares as Jordan and Lily have fun near the pool bar.

Back at Brash and Sassy, Victoria calls Cane in and rubs her victory in his face. She assures Cane that he’s never coming back to her company. It sounds like the corporate drama will continue on “The Young and the Restless.” We’ll keep you posted as other Y&R details and rumors emerge. Stay tuned to see what’s next on the CBS soap.