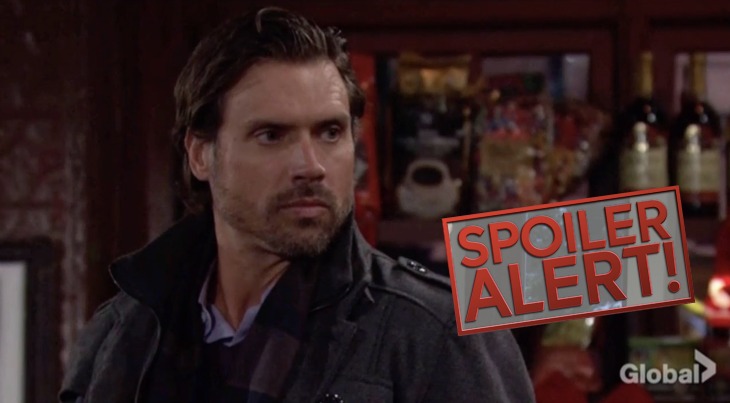 “The Young and the Restless” spoilers for Wednesday, December 13, tease that Victoria (Amelia Heinle) will wonder what J.T.’s (Thad Luckinbell) up to. At Newman, J.T. insists that he has some forensic accounting experience thanks to a course he took. He points out that he can get inside Victor’s (Eric Braeden) head, so he’s a good fit for this investigation.

JT Says He Is Not After Victor

J.T. promises he’s not out to get Victor. He thought this visit would give him some bonding time with Reed (Tristan Lake Leabu) as well. Victoria decides the three of them should eat dinner together later. At the coffeehouse, Lily (Christel Khalil) chats with Abby (Melissa Ordway) about her divorce plans. She thinks she might go through with it, but Abby warns she shouldn’t if there are doubts.

Abby Admits To Sleeping With Scott

Abby opens up about sleeping with Scott (Daniel Hall), which leads to Lily choking on her beverage. Lily notes that Scott’s dating Sharon (Sharon Case). Abby understands that and admits Scott’s not even the type she usually goes for. She agrees that Scott can’t be involved with two women.

Hilary (Mishael Morgan) gets the scoop on Chancellor’s latest acquisition and wants to interview Cane. Afterward, she pushes Lily to reach out to him. At the Chancellor mansion, Lily’s taken aback by the sight of another woman. Cane reveals that he’s hiring a nanny for Sam. They try to chat, but Cane’s phone keeps buzzing. When Lily contacts Cane later to meet up, he can’t squeeze her in.

Meanwhile, Billy (Jason Thompson) gripes about Phyllis (Gina Tognoni) leaving for the office. He points out that she could quit today if she wanted to. Phyllis isn’t interested, so she heads to work. She ends up going to a business meeting, but Billy distracts her with sexy texts.

Billy also runs into Nick in Wednesday’s episode. They’re on the same page about Chancellor Park. At Crimson Lights, Hilary’s with Nick when the bidding war results come in. Victor and Devon (Bryton James) lost to an anonymous buyer, so Nick’s concerned about the unknown. When Victoria spots Cane elsewhere, he hints that his enemies should be careful now that he’s a power player again.

At Victoria’s place, she tries to get in touch with Reed. It seems he blew off spending time with his father. Victoria can’t figure out what’s going on. She talks to J.T. about the rest of his family before Billy waltzes in with presents for the kids. He’s stunned when he realizes J.T.’s in town.

“The Young and the Restless” spoilers say Billy and J.T. will clash on Thursday, so stay tuned. We’ll give you updates as other Y&R news and rumors emerge. There’s much more to come in Genoa City.