The Young and the Restless Spoilers: Hilary Butts Into Mattie’s Life, Agrees To Keep Reed Secret, For Now! 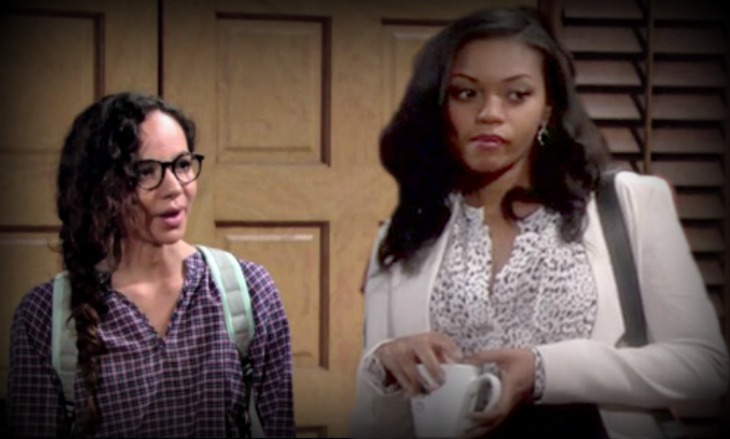 Why would someone who is so attractive and smart be butting into a high schooler’s love life on ‘The Young and the Restless’? Yet, that’s exactly what Hilary (Mishael Morgan) is doing.

So there is Mattie (Lexie Stevenson), who is such a good soul. Her parents are battling, but she’s found her first love in Reed (Tristan Lake Leabu), who serves as a needed life raft. They make a cute couple and have been spending time together very naturally, especially considering what other kids their age are doing.

What does Mattie’s former aunt do after seeing this couple kissing at Crimson Lights? She tells Mattie that she’ll keep her relationship secret, which is code for “I have leverage over you now.” Readers can feel free to insert Hilary’s patented snarky smirk as an emoji after that last sentence if they wish.

This scribe doesn’t see Hilary’s actions as purely deplorable this time around. Her actions are redeemable if she stops involving herself in other people’s lives and never again tells a child that she’ll keep a secret from that young person’s parents.

Yes, she is wrong. But her motivation appears to be mostly driven by loneliness in this instance, which is rather pitiful. Compassion for Hilary? Yes, if she develops her morality.

She lost Devon (Bryton James), though all fault of her own months ago. Then, after attracting Jordan (Darnell Kirkwood), who was another good guy, Hilary’s obsessively narcissistic and impulsive actions pushed him away.

Oh, there surely is a line of guys who would be willing to do whatever Hilary wants. Jack (Peter Bergman) has rejected Hilary’s overtures in the past. But if Nikki (Melody Thomas Scott) gives him the boot, would tenured fans bet good money that he would never explore Hilary’s crush?

Hilary’s goal may be to have Mattie lobby her dad to get back with Lily (Christel Khalil). A repaired ‘Lane’ would free Jordan, who Hilary recently told Chelsea (Melissa Claire Egan) that she wants.

Days of Our Lives Spoilers: Lucas and Gabi Have Confrontation Over Ari