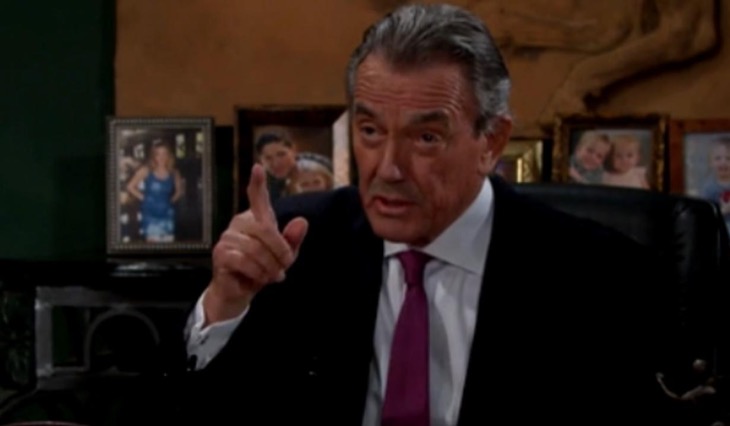 “The Young and the Restless” spoilers for Friday, August 11, tease that Nick (Joshua Morrow) and Chelsea (Melissa Claire Egan) will enjoy some intimate moments. At the tack house, they finish redecorating Faith’s (Alyvia Alyn Lind) room and hop in the shower together. They quickly steam things up with sex and love declarations.

At Newman Enterprises, Nikki (Melody Thomas Scott) gives Victor (Eric Braeden) her new address since she’s not living at the ranch anymore. They get into an argument about Nick and the strife within the family. Victor implies that Nick and Nikki will be nothing without him. Nikki stomps off and leaves Victor to fume.

At Sharon’s (Sharon Case) place, she frets about the trouble Crystal’s (Morgan Obenreder) in. Scott (Daniel Hall) thinks it’s good that Crystal has Sharon in her corner. After Abby (Melissa Ordway) calls, Scott notes that he has to be presentable for a company photo shoot. Sharon helps Scott shave and comments on his smooth, sexy face.

Across town, Tessa (Cait Fairbanks) begs Zack (Ryan Ashton) to help Crystal. She insists her sister is a runaway who’s being forced to have sex in exchange for cash. Zack contends that he cut all ties with the people he knew in Chicago. He says he doesn’t have any contacts now, but hopes she finds Crystal. Once he’s alone, Zack calls someone about a change of plans.

At Jabot, Ravi (Abhi Sinha) stuns Jack (Peter Bergman) when he walks in with a paddleboard. Ravi asks if Ashley (Eileen Davidson) is ready to head to the lake. Jack starts arguing about Ashley taking off. He wants her there for Dina’s (Marla Adams) first day on the job. They also gripe about each other’s use of the Abbott cabin.

Dina causes more drama and Jack gets frustrated. It isn’t even lunchtime and he’s already exhausted by his mother. Once Nikki struts in, Gloria grumbles about the day getting even worse. She gets into a fight with Nikki and warns that this relationship won’t end well. Nearby, Ravi and Ashley decide to make an escape. They rush off to the lake.

Back at Newman, Abby talks to Victor about his separation. They also discuss how well the new dating app is doing. They’re exceeding their projections. Someone calls Victor and he hints at something happening at the ranch. Afterward, Abby catches up with Zack and praises his brilliant work.

At The Underground, Noah (Robert Adamson) seeks Mariah’s (Camryn Grimes) approval. He wonders if she’s OK with Tessa (Cait Fairbanks) moving in at Sharon’s place. Mariah suggests it’s fine, but asks why Tessa isn’t moving in with Noah. He notes that he didn’t want to take their relationship too fast.

Tessa shows up and hears that she can stay Sharon’s house from now on. After Noah walks off to speak with Nick, Tessa cries over how fortunate she is. Noah comes back and reveals that Nick secured some property.

Meanwhile, Nick heads back to the tack house and spots movers taking his stuff out. Victor appears and glares at Nick ominously. It looks like a huge confrontation is brewing on “The Young and the Restless.” We’ll give you updates as other Y&R news and rumors emerge. Stay tuned to see what’s ahead on the CBS soap.

WATCH: The Young And The Restless Preview Video Monday, August 14