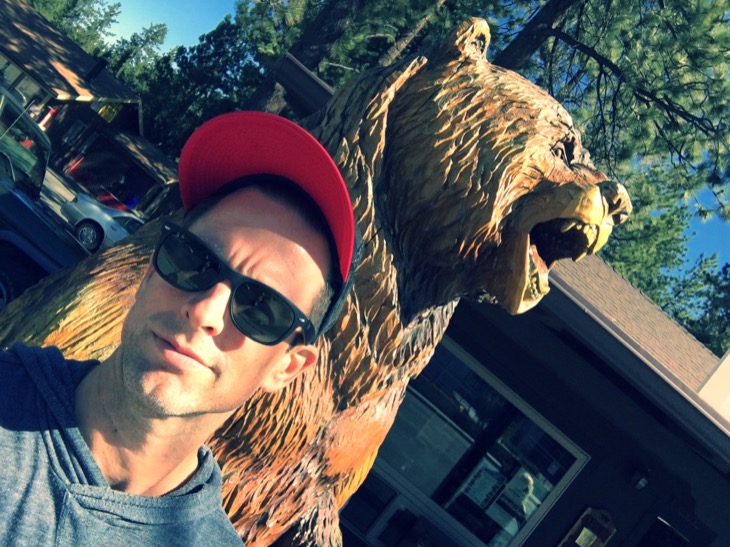 The Young and the Restless alum, Michael Muhney snagged a television/movie role. The actor took to social media to announce that he was heading up to Canada for a new job. The actor said that he would be taking his bicycle to sneak in a bike ride during his down time.

Pssst…hey 🇨🇦 , I’m on my way ✈️ ! And I’m bringing my 🚴 for some good rides when I’ve got a little spare time up there!

Muhney has been the subject of many soap opera news lately. Many Y&R fans want him to return to the role of Adam Newman. Ever since Justin Hartley left the role of Adam for NBC’s This Is Us, rumors have picked up that Michael could be heading back to the Young and the Restless.

No Confirmation Of Return To Y&R Yet

CBS Soaps In Depth shared that CBS has not confirmed, nor denied his (possible) return. They stated they do not comment on actor’s contracts and there is no confirmation Adam Newman would return. Even so. The Y&R fans have hoped and prayed they would reconsider.

Michael tweeted a picture that his daughter made for him. He said he found it in his suitcase and it made his heart melt. The picture said, “Great job! From Ella to Dad.”

I found this in my suitcase. My heart melted and my eyes were faucets. pic.twitter.com/mbyrW36QN1

Not Many Details About The New Role Yet

The former Young and the Restless actor did not say if the new role was television or a movie but we know it is filming in Canada. He has been very careful not to imply he would return to the CBS soap opera. Michael promised to let his followers know when he’d be on television again, however, so far, he has been tight-lipped about the details of the new job.

The Actors Who Have Played Adam Newman

Three actors have played the role of adult Adam since the 1990’s. Chris Engen was the first Adam. He played Adam for several years. In 2009, Muhney took over the role after Chris suddenly quit. In 2014, Justin Hartley took over the role until 2016. Genoa City believes Adam died in the cabin explosion, but CBS has teased several times that he may not be dead.

At this point, Michael hasn’t revealed much about his new gig, but his family seems excited that the talented actor snagged a new job. Muhney promised that as soon as he can share details, he would let his fans and followers know how to view his new work.

Are you happy that Michel Muhney landed a new acting gig? Stick with Soap Opera Spy for more Young and the Restless spoilers, news, and casting updates!