The Bold and the Beautiful Spoilers: Love Conquers All Even For Sheila Carter? 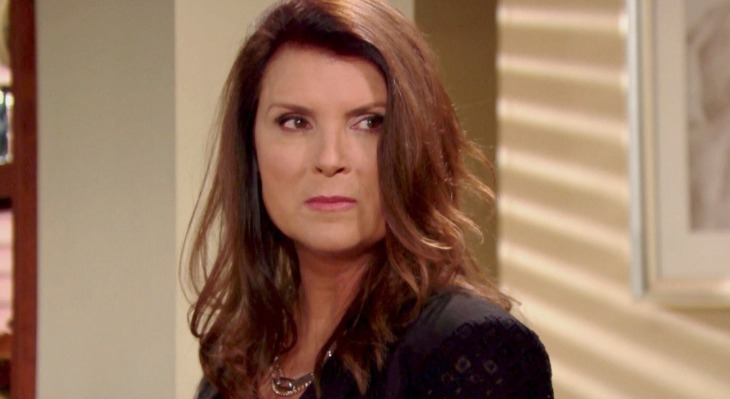 The Bold and the Beautiful (B&B) spoilers reveal that Sheila Carter (Kimberlin Brown) is hoping that Eric Forrester (John McCook) will give their love another chance, but, before that can happen, she has one problem to deal with — Quinn Fuller (Rena Sofer). Quinn doesn’t want to let go of her husband, Eric and is willing to stick around and fight for their love. Will Eric ever dump Quinn for Sheila?

Who does Eric love?

ABC Soaps In Depth shared that John McCook felt that no matter who comes in and out of Eric’s life (Sheila included), he believes he is playing Quinn and Eric’s love story. He made it pretty clear that Quinn is it for Eric. Even if he feels compassion for Sheila, it doesn’t mean he doesn’t love his wife any less or would ever leave her for Sheila.

Related: The Bold And The Beautiful Spoilers Fall 2017 Preview: Spencers At War – Unholy Alliances – Relationships On The Rocks

McCook’s comments about his alter ego’s marriage seems to imply that he only has friendship in mind for Sheila Carter. However, the not-so-former-villain has made it clear that she wants to be the next Mrs. Eric Forrester.

What is Sheila’s plan for Quinn

The Bold and the Beautiful spoilers indicate that Sheila wants to hire a hunk to seduce Quinn. Sheila will hire Mateo (Francisco San Martin), a real estate broker, to seduce Quinn. Apparently, Sheila believes that if Quinn takes the bait with Mateo, it will prove she isn’t a loyal wife and Eric would dump her for good. How does the plan play out?

Sheila may have changed, but she’s still dangerous

The Bold and the Beautiful spoilers state that Sheila may have reformed her life for the better, but evil Sheila is still in there somewhere. When Sheila is under fire, the result is not pretty. It’s possible that she could hurt Quinn and even Eric. Even though she is trying to convince the Forresters that she’s a changed woman, the same evil and sinister Sheila Carter is still inside and is just waiting to come out and play.

The question is, how much longer can Sheila pretend that she is a nice person and isn’t trying to hurt Quinn or anyone else in Forrester family? Stick with Soap Opera Spy for more The Bold and the Beautiful (B&B) spoilers, news, and casting updates!

Days of Our Lives Spoilers: Brady Gets Advice from John, How Will it Affect ‘Bricole’ Romance?