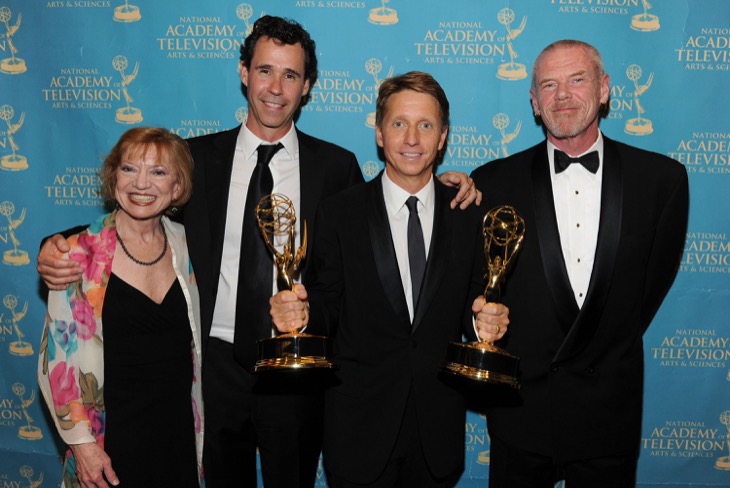 The Young and the Restless fans are absolutely shocked to hear that head writer Kay Alden has been fired. New reports say that the veteran writer has been let go after Sally Sussman insisted that she be replaced by her own son.

Many long time viewers know that Kay has helped make ‘The Young and the Restless’ the popular CBS daytime soap drama that it is today.

According to Highlight Hollywood, Kay was brought back on the soap drama last year, much to Sally’s surprise. And while viewers have been happy with Kay’s storylines, it’s Sally who believes that the soap should go in a different direction. She now wants her son, Adam Morina, to replace Kay.

One source close to the situation said that the drama behind the scenes is about to get worse. One insider even said, “Now the nepotism game begins,” as Sally is doing whatever she can to get producers to hire her son even though he has no acting or writing credit to his name. In fact, he has never even worked on a television project, yet Sally wants to him to fill in for a veteran writer who has been with the soap for several long decades.

Tell us, are you surprised that Kay Alden has been fired? What do you think will be Sally Sussman’s next move? So far neither Kay nor Sally have made any comments about the behind-the-scenes drama. In fact, the cast and the crew of The Young and the Restless won’t even find out about Kay’s departure until they show up back to work on Monday morning.

IN the meantime, let us know what you think by dropping us a line with your thoughts in our comments section below. Also, don’t forget to check back with Soap Opera Spy for all the latest news and updates on Sally Sussman and Kay Alden along with The Young and the Restless spoilers right here!

General Hospital Spoilers: Curtis Gets Job Offer To Betray A Friend – Will He Take The Case?