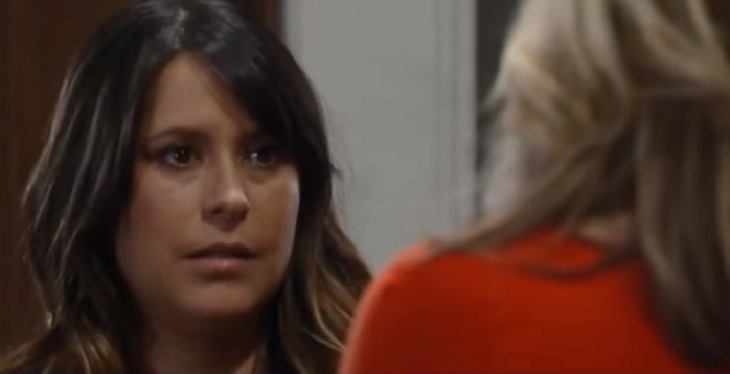 General Hospital (GH) spoilers for Tuesday, November 21, 2017 show a lot of Port Charles citizens are concerned about the truth of the men claiming to be Jason Morgan; some wait for results while others fear they made a mistake.  Press conferences confirm unusual alliances while promises are made and others are thankful to be home.  Tuesday’s episode is one GH fans will not want to miss!

General Hospital spoiler reveal Samantha “Sam” Morgan (Kelly Monaco) meets with her mother, Alexis Davis (Nancy Lee Grahn) where she tells her that her husband, Jason Morgan (Billy Miller) is determined to make something lasting for their family.  Is Sam convinced that she is married to the real Jason, or will her doubts destroy everything she has built with the man she currently believes to be the real Jason?

Attorney, Nora Buchanan (Hillary B. Smith) holds a press conference, revealing she is, in fact, Olivia “Liv’ Jerome’s (Tonja Walker) attorney on record.  Is Valentin Cassadine (James Patrick Stuart) still the one funding her legal fees, and at what cost?

General Hospital’s newest couple, Dr. Griffin Munro (Matt Cohen) and Ava Jerome (Maura West) seemed to have hit a bump in the road, when he refused to perform the risky plastic surgery that would restore her face to what it looked like before the fire in her warehouse; but it looks like Griffin is more determined than ever to assure Ava his feelings are real when he promises her that he isn’t going anywhere.  Will he feel the same when he learns that she has been researching illegal clinics that would do the procedure?

GH sources tease that many Port Charles citizens are frustrated and concerned as they struggle with the two men who claim to be “Jason Morgan” (Billy Miller and Steve Burton) and are now known to be Susan Moore’s twin boys Jason and Andrew “Drew”.  Elizabeth Webber (Rebecca Herbst) sits with BM’s Jason, assuring him that the answers are on their way, while Carly Corinthos (Laura Wright) tells Dr. Robin Scorpio Drake (Kimberly McCullough) that they made a terrible mistake.  What does Carly mean by that?

Meanwhile, General Hospital spoilers reveal that SB’s Jason visits Sonny Corinthos (Maurice Benard) at his house and tells him, he is thankful to be home.  Sonny smiles as he hears those words.  Be sure to tune into ABC’s General Hospital (GH) on Tuesday, November 21, 2017 to catch up on all these stories and so much more.  Check Soap Opera Spy often for updates, news, rumors and spoilers!

Hollyoaks Spoilers: Surprise Wedding Proposal – Who Is Getting Married?