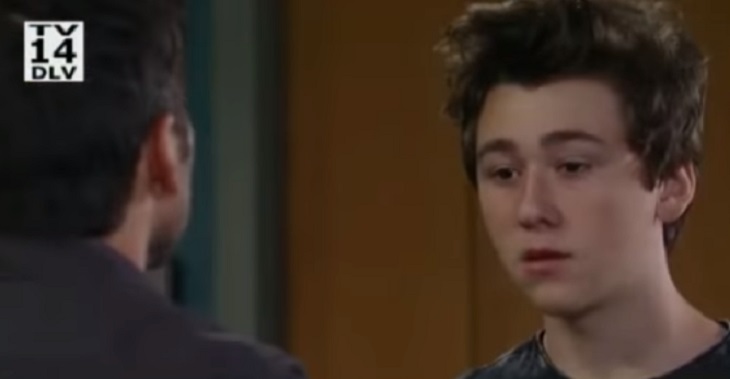 Carly (Laura Wright) is growing more and more curious about the boy that Josslyn (Eden McCoy) has been spending a lot of her time with.

General Hospital spoilers tease that Carly continues to place the pressure on Josslyn and insists that she invite Oscar (Garrett Stitt) to dinner so she can meet him, but Josslyn doesn’t appear to happy about that request.

Meanwhile, over at the police station, General Hospital spoilers tease that Valerie Spencer (Brytni Sarpy) is back Monday and brings in Oscar, who apparently has some big news for Dante (Dominic Zamprogna) in regards to Spencer’s kidnapping. Is it possible he may have saw the person who really took Spencer?

Spoilers indicate that Dante will get a break, it looks like Dante will get some information that will help him crack the case in order to bring Spencer (Nicholas Bechtel) home safely.

GH spoilers indicate that Mac (John York) will also be back in town and will run into Nathan West (Ryan Paevey) at the Floating Rib and Mac has a secret that he wants to confide in Nathan, but he insists Maxie cannot know about it.

Spoilers for Monday’s July 24 episode also indicate that Jason (Billy Miller) will be carrying out Sonny’s (Maurice Benard) order and will kidnap Valentin (James Patrick Stuart) and take him to Sonny’s secluded warehouse where Jason will  give him a beating and demand that Valentin tell him where Spencer is. Will Valentin be able to convince Jason of his innocence?

Meanwhile, Sonny receives an ominous picture message on his cell phone which clearly shows a picture of his nephew, Spencer.  Sonny goes to confront the kidnapper but it looks like Sonny may be walking into yet another trap. The previews for Monday reveal that a gun is pulled and shots are fired! All this and more in Monday’s episode of General Hospital. Stay tuned!

WATCH: The Young and The Restless Preview Video Monday July 24