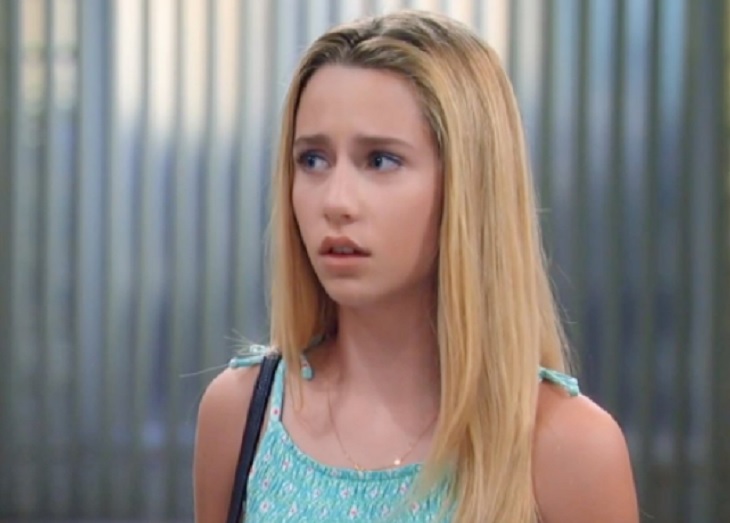 General Hospital’s little Eden McCoy has played the part of Carly and Jax’s daughter Josslyn Jacks on the ABC soap opera for over two years now.  Joss is just beginning to take an interest in boys and show a little teen angst towards her mother and step-father Sonny Corinthos.

It’s clear that the writers and wardrobe department are trying hard to make Eden McCoy appear very innocent and naive, when in real life the actress is growing in to quite the intelligent and attractive young woman.

Recently Eden McCoy scored a Fashion spread in Nation-Alist Magazine, and she has been sharing her modeling photos on her Instagram.  We cant get enough of how beautiful and mature the young soap actress is becoming.  It’s hard to believe that she’s little Josslyn Jacks!