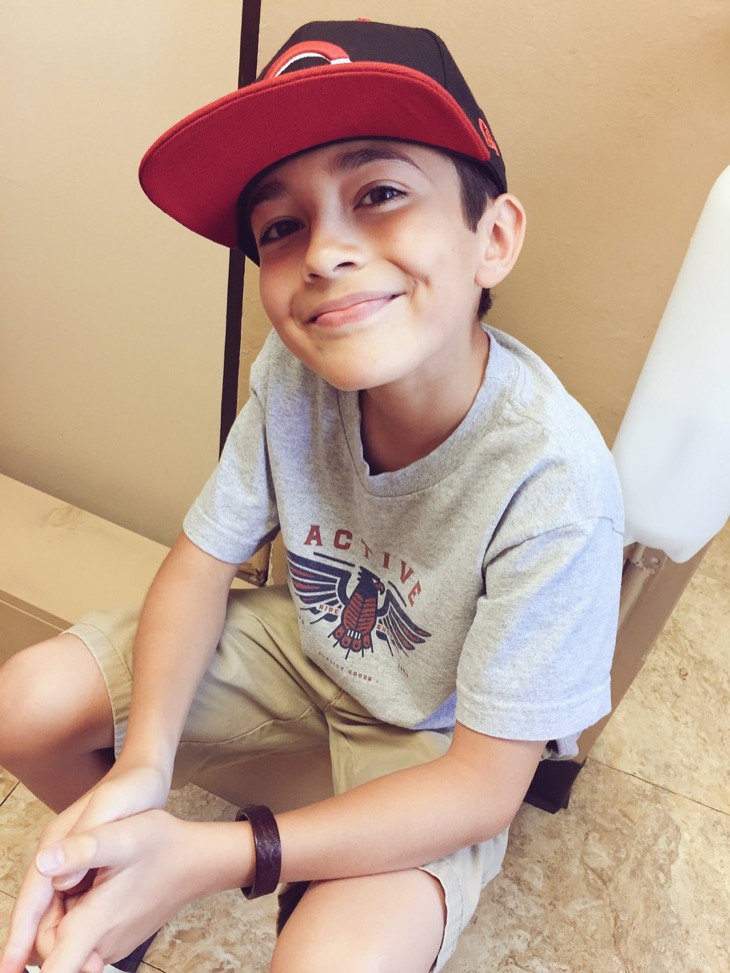 Nicolas Bechtal is leaving General Hospital, but apparently it won’t be for long. According to General Hospital’s official Twitter account, young Nicolas is temporarily leaving the show to pursue other television projects. He played Spencer Cassadine for four years on the hit daytime drama.

Both the series and Nicolas made it pretty clear though that Spencer will be back in the future. General Hospital posted a photo of young Nicolas on their Twitter account and captioned it with, “Help us bid farewell (for now) to our very own Spencer Cassadine, @NicolasJBechtel! #GH.”

Help us bid farewell (for now) to our very own Spencer Cassadine, @NicolasJBechtel! #GH pic.twitter.com/ukWOTuD170

The post also added a brief description explaining that Nicolas is leaving the show to work on his new Disney Channel sitcom, Stuck in the Middle. Nicolas also added on his own Twitter account, “It’s been an amazing run. You’ll see me soon, for sure.”

Along with Nicolas, both Laura (Genie Francis) and Kevin (Jon Lindstorm) are also leaving Port Charles to take Spencer to boarding school. Spoilers indicate that all three will be starting their new lives in France, where hopefully they’ll have a chance to bond as a family.

Going back to Nicolas though, it will be surprising to see if he does return to General Hospital. After all, many Disney Channel stars go on to pursue bigger and better Hollywood projects and Nicolas Bechtal might be no different. Then again, fans will just have to tune in and keep up with the latest Nicolas Bechtal news to find out what he’ll do next!

Tell us, will you miss seeing Nicolas Bechtal as Spencer Cassadine on the show? Many fans are hoping that he’ll return soon! In the meantime, let us know what you think by dropping us a line with your thoughts in our comments section below. Also, don’t forget to check back with Soap Opera Spy for all the latest news, updates and spoilers on General Hospital and all of your favorite soaps right here!

He’ll be back before we know it! 🤞🏻🤞🏻🤞🏻#GH @NicolasJBechtel pic.twitter.com/t3HgckvxXr

Soap Opera Ratings Week of July 24 to 28: Days or Our Lives Hits Another Ratings Low