General Hospital (GH) Spoilers: Julian Returns To PC, Offers To Help Sonny Get Out Of Mob? 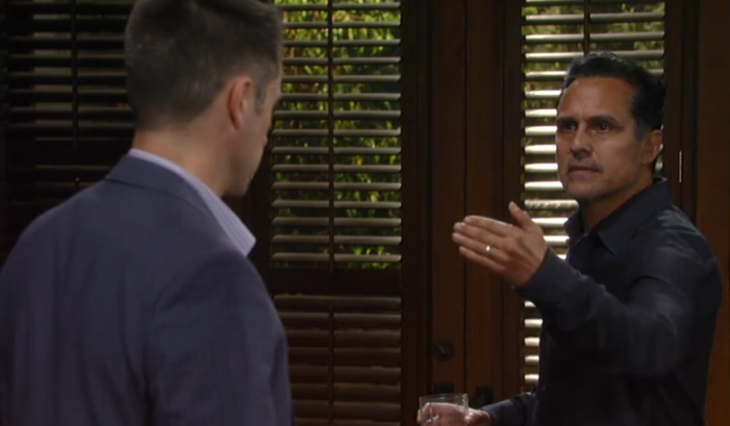 General Hospital spoilers indicate that William DeVry is finally back after a short hiatus off the small screen. Reports say that he will be returning as Julian Jerome the week of October 16. William was forced off the show during the summer and early fall because of contract negotiations and requested personal time off.

Julian May Help Sonny Get Out Of Mob

Apparently, spoilers say Julian is going to be torn between his decision to leave organized crime or stay now that Sonny tried to get out of the mob after Jason was shot. There’s a possibility that he might team up with Sonny to help him out. The big question now is whether or not Sonny will accept help from someone like Julian.

William DeVry Hinted Julian Will Get Out Of Jail

DeVry himself said that he was hoping to keep Julian’s surprise return top secret, as he did not want to give away any spoilers. But he also hinted that Julian will find a way to get out of jail and possibly become Sonny’s new right hand man. During his time off, DeVry kept busy auditioning for different movie and television roles in Canada.

Julian Is Here To Stay

And while there’s no doubt that he wants to work on different projects, DeVry did say that he doesn’t plan on leaving General Hospital anytime soon. Julian, after all, has a lot of surprises up his sleeves planned for the coming weeks. It’s without a doubt that Julian will disrupt peace one way or another in Port Charles. Fans will just have to tune in to see what will happen next!

Tell us, what do you think is next for Julian Jerome? Are you excited to see William DeVry on the small screen again? Let us know by dropping us a line with your thoughts in our comments section below.

Also, don’t forget to check back with Soap Opera Spy for all the latest news and updates on Julian Jermone along with spoilers on General Hospital and all of your favorite daytime television shows right here!

Days of Our Lives (DOOL) POLL: Which Man is Best for Chloe? Brady, Eric or Lucas? Vote!