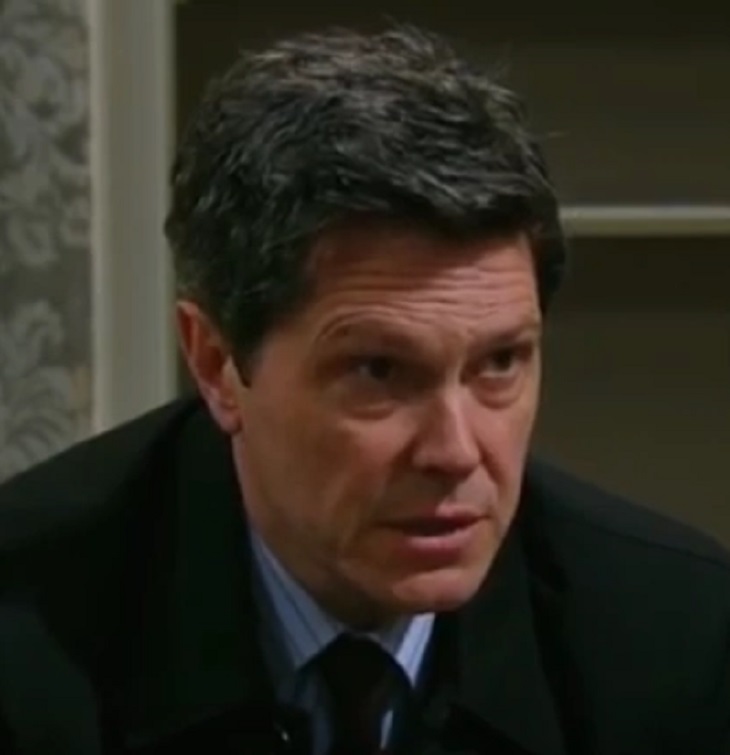 Soap fans are in for an unexpected treat as one popular actor will pull double duty by appearing on two hit sudsers. Neil Roberts, who stars as Emmerdale investigator DS Wise, will soon be seen in a secretive new role on Hollyoaks.

Roberts debuted on Emmerdale in 2016, as his alter ego was hired to look into Aaron Dingle’s abuse. During his time in town, Wise was also introduced as a love interest for Chas. Viewers last saw investigator Wise in the beginning of 2017.

Exciting spoilers now reveal that Roberts has been hired on at Hollyoaks where he will be involved in a mysterious new storyline centered on the Donovan family. Showrunners are keeping details about the plot close to the vest, but inquiring minds can’t help speculating about the role Roberts will play.

Viewers won’t have long to wait however because Roberts’ character, currently known as “Darcy’s mystery man,” debuts next week.

According to show spoilers the enigmatic man will meet Darcy Wilde (Aisling Jarrett-Gavin) at the Duke Street Social bar. But don’t expect the meeting to go off without a hitch! Beautiful Darcy gets into a heated exchange with a PI hired to find out the goods on the lovely blonde.

But before Darcy can send him packing, her mystery guy shows up and take charge. Expect the mystery to remain a little longer, since the show isn’t about to explain everything just yet! What we can reveal is that Darcy has asked Roberts’ character for help, but to what end we don’t yet know.

Roberts isn’t the first Emmerdale actor to cross over to rival soap Hollyoaks. Newbie Adam Woodward is another Emmerdale veteran, and was recently introduced as part of the show’s Six Weeks of Summer storyline that featured scenes shot on location in Ibiza. Prior to appearing as Brody Hudson on Hollyoaks, Woodward appeared as a male escort hired on in the Dales.