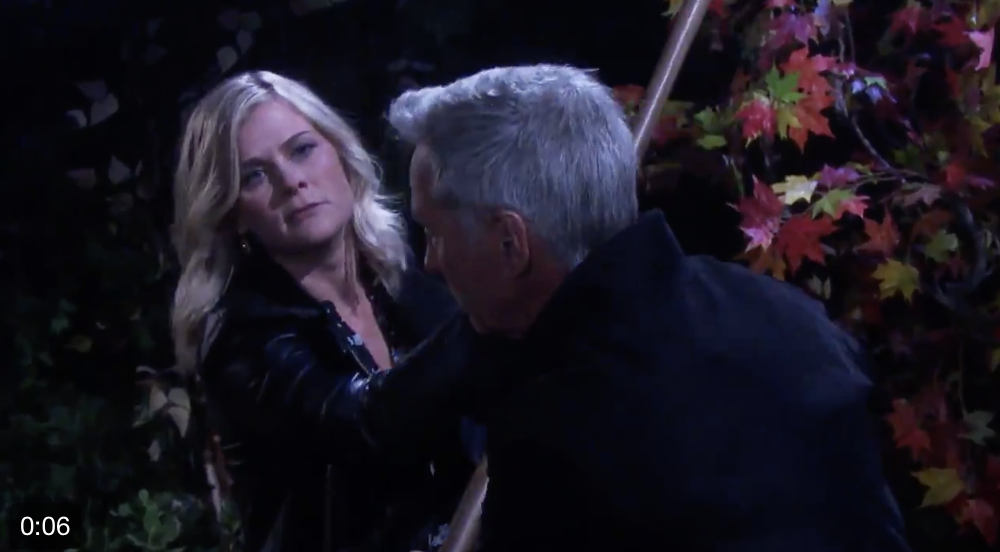 “Days of Our Lives” spoilers for October 2017 confirm Sami Brady’s return to Salem. Actress Alison Sweeney gave some hints on what to expect. Besides the Will Horton (Chandler Massey) mystery, there are going to be other storylines.

It has already been revealed that Sami Brady and John Black (Drake Hogestyn) will have a “grave” scene together. It was also reported that she interacts with Nicole Walker (Arianne Zucker.) Besides those characters, who else will she get involved with on “DOOL?”

Alison Sweeney told Soap Opera Digest that Sami will enter the DiMera mansion. It has been a long time since she was last there. It was emotional for the actress because everything was a reminder of Joseph Mascolo. The soap veteran portrayed Stefano DiMera for decades before he passed away.

The chessboard is still part of the set. So is the portrait of Stefano, which continues to hang in its rightful place. “Days of Our Lives” spoilers tease that the Salem villain is not forgotten. His name continues to be mentioned. Additionally, the props give a nod to the soap opera icon.

There is also interaction with “Chabby.” Expect Sami to kiss Chad DiMera (Billy Flynn.) Abigail (Marci Miller) walks in to see the smooch. This is probably payback for Abby’s affair with EJ DiMera (EJ Scott.) Of course, Chad would never willingly kiss Sami. He will likely push her away, but not before his wife sees what is happening.

“DOOL” spoilers hint that there will also be some scenes with Andre DiMera (Thaao Penghlis.) This should be interesting since Sami Brady stole the family’s fortune. For a long time, Andre hunted the Salem schemer, trying to reclaim the DiMera wealth. However, he never did find her and the money is gone.

Sami took steps to make sure of it, including getting Belle (Martha Madison) involved. The lawyer received half of the funds, which put her in an awkward position that could have jeopardized her family, career and freedom.

Head writer Ron Carlivati explained that Sami’s return will impact many plots. She will mingle with several characters and different storylines. She will also be part of the Memphis mystery, which supposedly has to do with Will Horton.

What do you think is going to happen with Alison Sweeney’s character on DOOL? Keep watching the NBC soap and check back with Soap Opera Spy for the latest “Days of Our Lives” spoilers, updates and news.