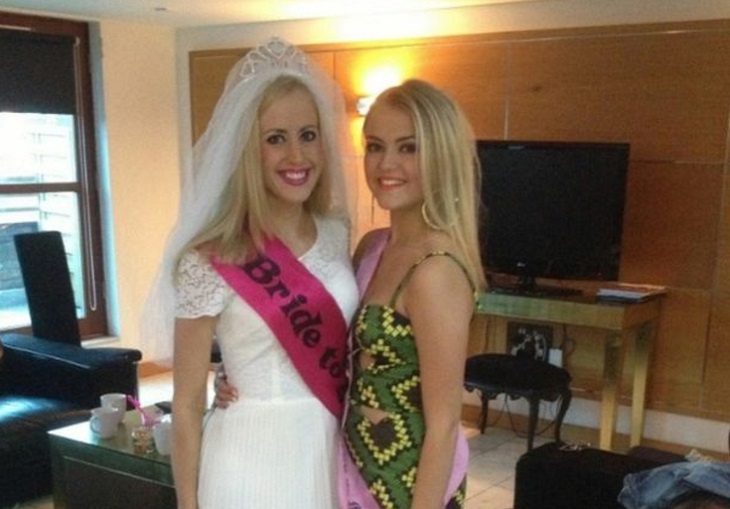 Many fans know Lucy Fallon as one of the most beautiful soap drama actresses on British television right now. But what many fans don’t know is that the blonde beauty has a sister that looks just like her. And even though they are not twins, many fans can’t tell them apart!

Lucy, who plays Bethanny Platt on the hit soap drama series, recently shared a photo of her and her sister Laura on social media. The two ladies were celebrating Laura’s bachelorette party. Many social media followers couldn’t help but notice that the two women share the same striking features, which include their same hair color, eyes, and of course, smile.

Coronation Street News: Shobna Gulati To Be On This Year’s Big Brother?

While Laura isn’t an actress like her sister Lucy, she is involved in performing arts. She’s a professional dancer and a mother-of-two. She also has a first class degree from Laban and says that she enjoys everything from contemporary dance to ballet.

And while Laura doesn’t seem very interested in acting or soap dramas for that matter, there’s a good chance that fans might be seeing more of her in the future. After all, with her good looks there’s no way Coronation fans will forget her!

Tell us, do you see the resemblance between Lucy Fallong and her sister, Laura? Let us know what you think by dropping us a line with your thoughts in our comments section below. Also, don’t forget to check back with Soap Opera Spy for all the latest news and updates on Lucy Fallon along with Coronation Street spoilers right here!

The Bold and the Beautiful POLL: Does Quinn Need to Resort to Her Crazy Ways to Get Eric Back from Psycho Sheila – VOTE