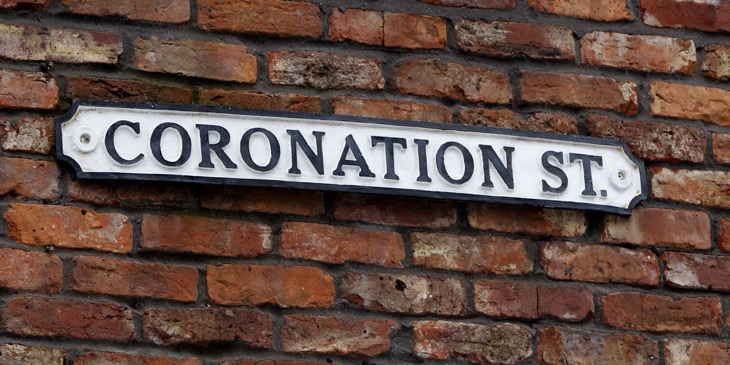 Coronation Street producers fear that the highly rated and long running British soap might be in serious trouble. That’s because there are reports indicating that a handful of stars from the show are threatening to quit because of their low paychecks. As a matter of fact, many of the soap’s actors and actresses are looking to follow in Michelle Keegan’s lead. She left the show and is now apparently motivating some of the younger cast mates to do the same thing in order to increase their earnings.

According to Britain’s The Sun, Michelle took her own chance and is now one of the highest-paid actresses and personalities on British television right now. She’s become a millionaire thanks to her roles in shows like Ordinary Lies, Our Girl and Tina and Bobby. She’s also been very successful with her clothing line, Lipsy.

Michelle had quite a few dramatic Coronation Street storylines before she was ultimately shoved off from a building. Apparently, Coronation Street’s pay structure only benefits the older actors who have been on the show for years. And now that both Shayne Ward and Catherine Tyldesley are leaving for better opportunities, producers are worried that more stars will leave, too.

One source close to the situation said, “There are several others ready to leave. A lot of the established stars on the smaller money just don’t think it is worth the cash any more. Corrie is not quite the plum gig it was a few years ago. People are looking at what Michelle has done and thinking they can more than double their earnings for half the work.”

Tell us, are you worried that more and more of your favorite stars are going to leave Coronation Street? Do you think they deserve better paychecks? Drop us a line with your thoughts in our comments section below.

Coronation Street airs weekdays on the ITV network in Britain. In the meantime, don’t forget to check back with Soap Opera Spy for all the latest news, updates and spoilers on Coronation Street and all of your favorite British soaps right here.

The Young and the Restless (YR) Spoilers: Phyllis and Billy Back As Top Couple – A Philly Marriage In The Future?

The Young and the Restless (YR) Spoilers: Hilary May Lose GC Buzz – Backlash Against Host Untenable