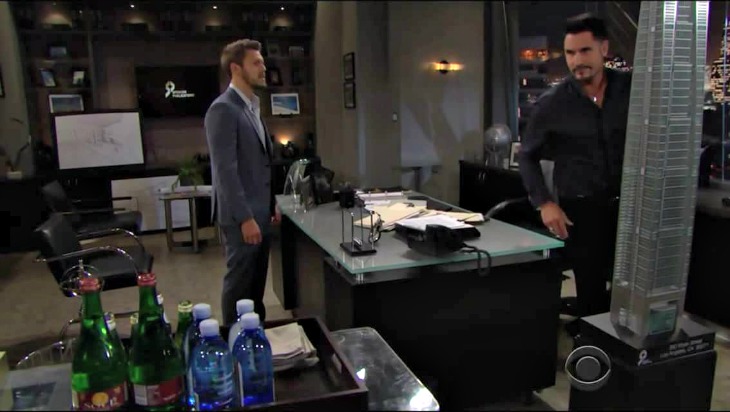 Bold and the Beautiful (B&B) spoilers revealed Liam Spencer (Scott Clifton) would record his father, Bill Spencer (Don Diamont) confessing to starting the Spectra fire and turn him into the police. Dollar Bill will, of course, give an excuse for his behavior and imply that it isn’t really his fault—he just wants that skyscraper! Here’s what we know so far about the storyline that will start to play out during the week of September 4.

Bill has not been quiet about his need to build a skyscraper on the land that is currently owned by Spectra Fashions. When Bill was shut down and couldn’t buy the land, he arranged for the building to be torched in hopes that would convince the Spectra to sell him the land.

On September 7, Bill will admit his crime to Liam Spencer. After his conversation with his son, Bold and the Beautiful spoilers suggest that Bill realizes his son record the whole tidbit. Will it cause Bill to freak out?
In Bill’s mind, he is operating on the same code as the mafia—family doesn’t rat each other out. In his mind, his son should keep quiet about his involvement, out of respect for him. Bold and the Beautiful spoilers state that Bill thinks back at all the things he’s done for him and expects the lad to be devoted to him. 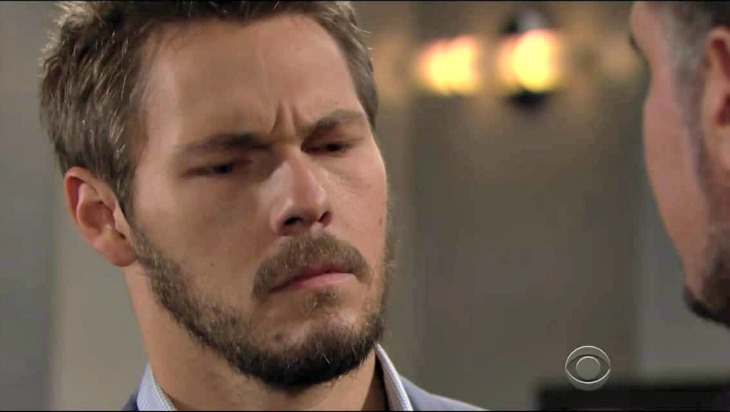 Liam threatens to turn Bill into the cops. Liam was hoping the threat would scare his dad. Instead, it just angered him. B&B spoilers indicate that Bill is angry that Liam questioned his ethics and motives. In Bill’s mind, he cannot believe his son, a child who has enjoyed the privilege of Bill’s wealth and power, would question him.

Even if Liam goes to the police, Bill owns many people in high places and feels confident he can escape justice. Even so, Liam feels compelled to force his father to pay for his mistake.

In the end, Bold and the Beautiful spoilers indicate that Bill will go down for this mistake. He could lose everything, including Brooke (Katherine Kelly Lang), for his greed and determination for the mega-skyscraper.
Don Diamont shared that even if Bill goes down for his part in the Spectra fire, he will come back stronger than ever. Do you think Liam will turn his dad in for the fire? Stick with Soap Opera Spy for more Bold and the Beautiful spoilers right here!