Big Brother 19 Spoilers: Week 6 Veto Ceremony Results Are In – Who Will Be Evicted? 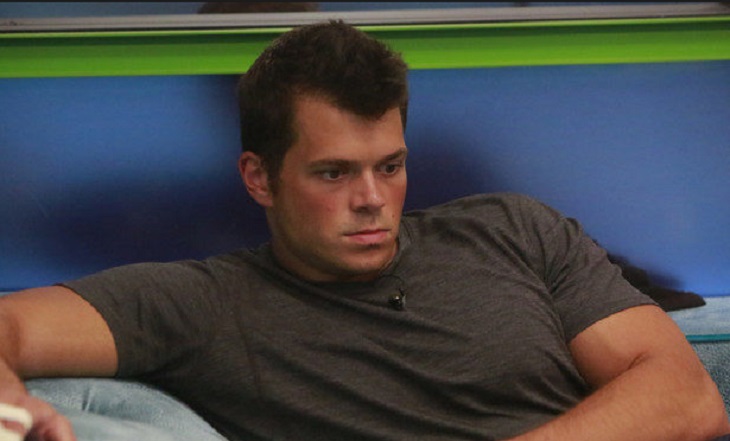 “Big Brother 19” (BB19) live feeds spoilers have revealed the results of the Veto Ceremony. After many conversations and attempted side deals. Mark Jansen did what he said he would. He used the Veto to take himself off the block. Mark was nominated for eviction by the current HoH, Josh Martinez, that means Josh has to name someone to replace Mark as a nominee for eviction.

Related: Who Is Going Home Next – Week 5 Veto Ceremony Results

Mark taking himself off the block still leaves two big targets on the block, Elena Davies and Jessica Graf. Josh has claimed over and over that Elena is his target, but not many feel she is a bigger threat than Jessica. Regardless of who Josh wants to go home he still has to name a new nominee to replace Mark. Many names were tossed around since learning of Mark’s plans, Christmas Abbott and Raven Walton, both had volunteer to go up as pawns. Josh not feeling like taking the chance with Christmas on the block, names Raven instead.

“Big Brother 19” (BB19) live feeds have shown us in the past that a target can change in a matter of a second. There is plenty of time for things to go crazy before the live vote, as this cast has delivered week after week! It will be interesting to see who will crack first. Elena is already showing the pressure is getting to her. Do you think Raven will ever think that she might be the one going home this week? She might want to keep her emotions, unlike last week, to herself. Jessica has known every week, except when she was HoH, that could very well be her last.

So who is ready for some real “BIG” moves? The houseguest has had the same agenda since day 1. All the moves have been ‘group’ moves. No one wants the ‘blood’ on their hands. Well, this is “Big Brother” (BB19) the prize is not awarded to a ‘group’ so it time to start playing for yourself.

If Jessica goes home this week, do you think Cody will team up with someone? How do you think Mark will feel if Josh does succeed in sending Elena home? Do you think Mark will be gunning for Josh then? Would anyone really care if Raven went home? Leave a comment below and let us know what you think. Then be sure to check back with Soap Opera Spy to stay up to date on everything going on in the “Big Brother” (BB19) house.