Big Brother 19 Spoilers: Week 3 Veto Ceremony Results Are In – Jessica Or Dominique To Be Evicted? 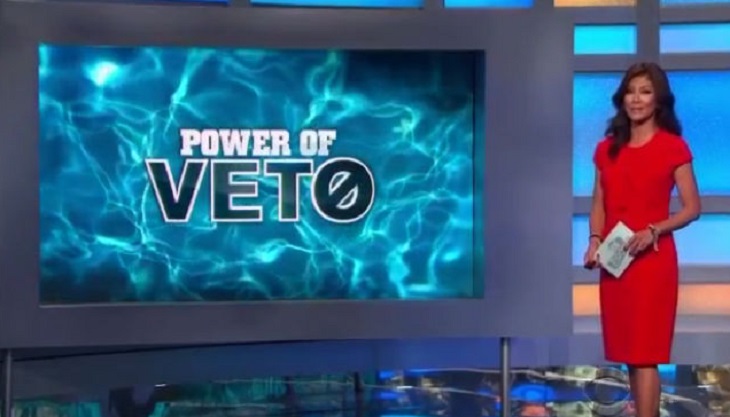 “Big Brother” (BB19) spoilers just revealed Week 3 Veto Ceremony results. It is the moment of truth, did Jason Dent, week 3 PoV winner, use the Veto or not? Alex Ow, current HOH, nominated Jessica Graf and Dominique Cooper for eviction this week. Jason was back and forth on whether to use the Veto to pull Jessica off the block, forcing Alex to renominate someone from the other side.

“Big Brother” (BB19) spoilers tell us that Jason respected Alex’s nominations and did not use the Veto. This was a pretty heated Veto Ceremony, with Dominique placing a huge target on her back after her blow up with Paul Abrahamian, along with other houseguests.

Veto Ceremony Plans For Week 3 – Will Jason Use The POV?

Dominique was calling out a lot of the houseguests, saying they were minions or snakes. This did not sit well, Paul even went as far as dressing as a snake,complete with a diamond drawn on his forehead.

As “Big Brother” (BB19) likes to remind us “Expect the unexpected” with that in mind we could still have no one go home this week.

The Den of Temptation “The Halting Hex”, has not been revealed as to who will receive the temptation. If Dominique, Jessica, or whoever takes the temptation they can halt the eviction with no one being sent home this week.

We know for every temptation received there is a consequence that is released.  “Big Brother” (BB19) rumors are being tossed around that the Battle Back Competition, just might be that consequence. As we know  the houseguests can stop a former player from returning to the house, it just has not been revealed as to how they can stop it.

How do you think this week eviction and Den of Temptation will play out? Leave us a comment below and share your thoughts. Then check back here with Soap Opera Spy for all the latest news on what is going on in the “Big Brother” (BB19) house.