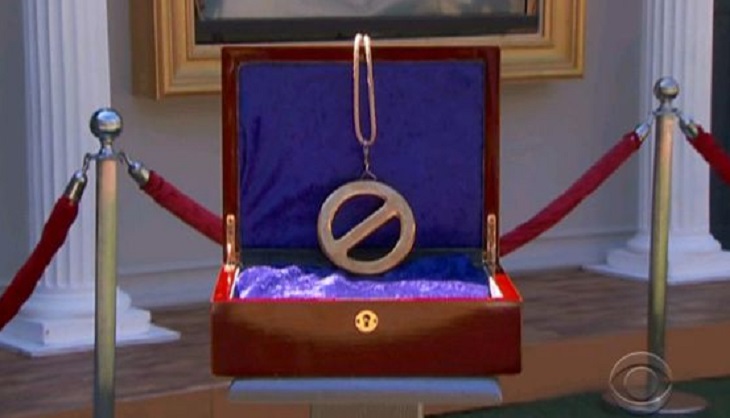 Big Brother 19 spoilers tease that over the weekend the BB19 players competed in the Week 2 Power of Veto competition.  CBS live feed spoilers have leaked the results, and they aren’t exactly shocking.

According to what we have learned from the live feeds of the Big Brother 19 house, this wasn’t your typical Power of Veto competition, and it was more of a mental game than a physical one.  Although the feeds were shut down during the actual competition, it appears that it was some sort of scavenger hunt.

Related: Week 2 Nominations Results Are In

Paul Abrahamian is currently the reigning week 2 Head of Household.  BB19 spoilers tease that he nominated Alex and Josh for eviction, and Ramses also wound up on the block as a third nominee due to last week’s curse.

Paul, Ramses, Alex, and Josh were joined by Matt and Elena in the Week 2 Power of Veto competition.  According to spoilers from the Big Brother 19 feeds, HOH Paul Abrahamian won the POV and currently has ALL of the power in the house.  Clearly, playing a low-key game is impossible for the Big Bro alum.

Since the week kicked off, Paul made it very clear that he had every intention of backdooring Cody and kicking him out of the house.  And, according to what we are seeing on the live feeds at the moment, it looks like that is exactly what Paul intends to do with the POV.

Are you excited that Paul won the Week 2 Power of Veto, will he stick to his plan?  Share your thoughts in the comments below and check back with Soap Opera Spy for more Big Brother news and updates right here.

Coronation Street Spoilers: Michelle Conner In Danger Because of Robert?

The Young and the Restless Spoilers: Victor Hasn’t Changed – Nikki Must Expose the Moustache